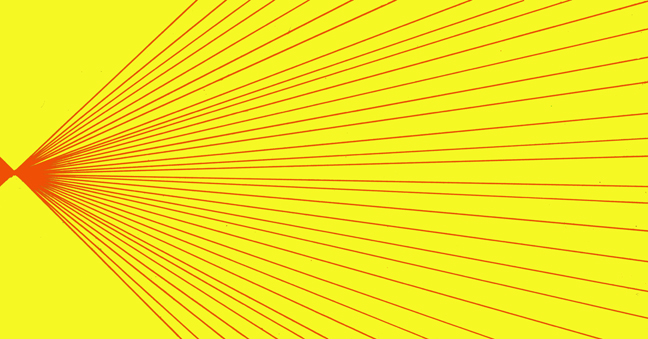 It’s not uncommon to find me going through podcast after podcast these days. If it has a person with recording capabilities and they’ve pressed record, I’m your man. If you emit sounds and then you file those sounds under “opinions”, then go ahead and slap a clever title on it; I’m probably the right guy for you. Comics, music, comedy, whatever, I’ll take it. But there’s one that rules them all. The one to beat is Gelmania.

“You ain’t worth nothing but the money in your pocket and the articles written about you. That’s where it starts and that’s where it stops. Don’t think for a second that you are like me… [I’m an artist].” – Hustle, Brett Gelman

My main source for this stuff is Earwolf: How Did This Get Made?, Who Carted?, Improv4Humans, Comedy Bang Bang… they’ve all provided hundreds of hours of enjoyment.

You know who else makes with the podcasts? Tucker Stone*. He’s knee deep in it and loving it. I mentioned to Tucker how pathetic I felt when I recently read a couple of 70s horror comic books and immediately felt the need to post about it, a hunger to document and expose this totally quiet and tiny moment of genuine pleasure and make a– a thing about it. As if I had to validate my sense of place in the world by appropriating some crappy little images and pumping them into an empty, fleeting beat in time, simultaneously failing to absorb true value and reflecting cultural emptiness.

House of Mystery #245, September, 1976. There’s a story called A Talent For Murder in there. David V. Reed was hacking it out under the name Coram Nobis, but artist Leopoldo Duranona is the clear winner on this one. Wait, the art is better than the writing? In a comic book? WHAT… a fucking shocker.

There was another story in that issue that took two writers (one of them a lawyer), but  it was drawn by Alex Niño, which automatically catapults it to greatness.

Haunted #31, January, 1977. I do indeed like the late Tom Sutton. So much so that I clipped an interesting bit of history from his TCJ interview. His Planet of the Apes spread is a classic, an unbelievable effort, and I loved his short story in a Daredevil annual. But I really like the slapped together experiments he used to write and draw for Charlton. Check this page out… it’s like a Trevor Von Eeden pages trying to do 70s Toth, except it’s between the two. I’m a fan of low budget risk taking in comics. 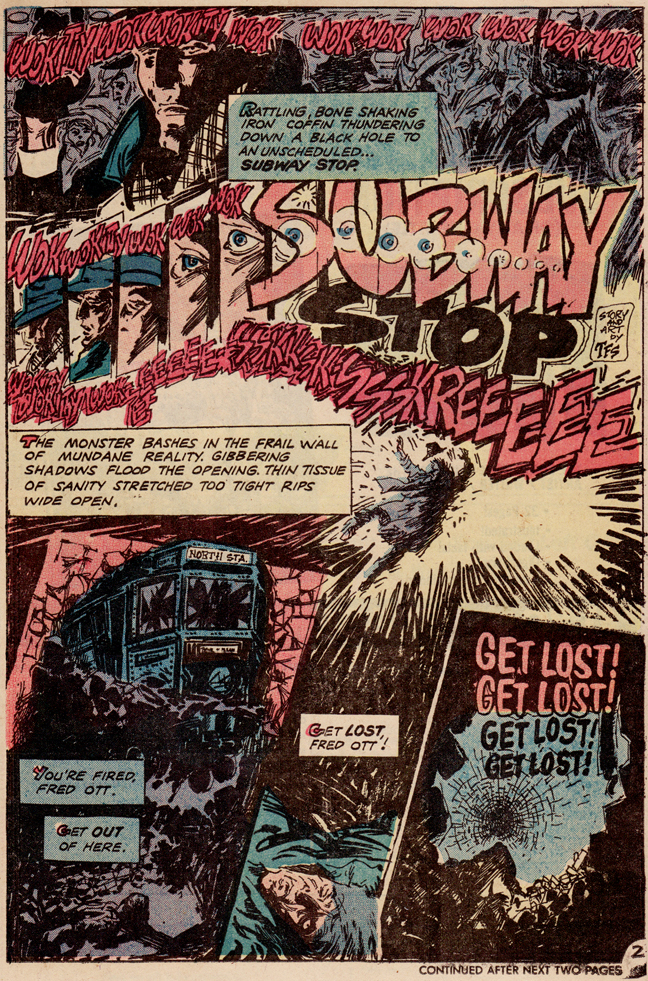 Oh, you, too? You also like the the more unique low budget attempts in comics? Well, I recently hosted Dennis Fujitake Week, where I wrote a few brief notes and scanned a whole lot of material featuring this amazing, underrated fanzine-artist-turned pro. Like I mention in one of the posts, I’m so taken by this late 70s era of comic book fandom (which Fujitake fully represents, I think), and I know it’s borderline obnoxious to dwell on the past in that fetishistic way, a past I was clearly not a part of, but I can’t help notice the visceral excitement on these smelly pieces of newsprint. That shit just looked more fun than anything. 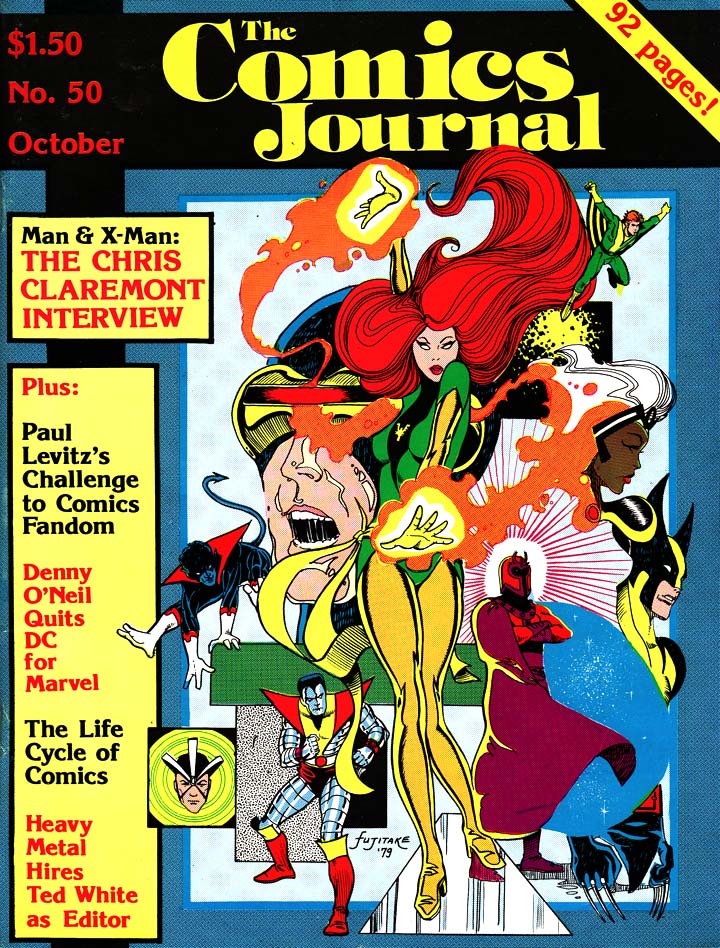 Enough about comics. Here’s another obsession: Ferrante and Teicher’s Denizens of the Deep album, which is the only music on repeat around here. I thought it’d be easier to find any clips of this rare album online, so I’ve put up a couple of examples:

I did find this video which shows the duo masterfully playing and manipulating their pianos to achieve those specific sounds. Ferrante and Teicher are mostly known as schmaltzy lounge composers, but there was a brief period of groundbreaking brilliance that cannot be shared enough.

Ah, music. Music! I’ve been fantasizing about playing drums in a band again. I have a very specific sound that I want to help make, though, something out of a TJ Hooker scene change, dirty but full of chops. I want to make music that will make me wish I was back in 1980 NYC getting blown somewhere in Time Square. A mid-life crisis can wait, I want this now. Or at least until I finish writing and drawing some comic books. 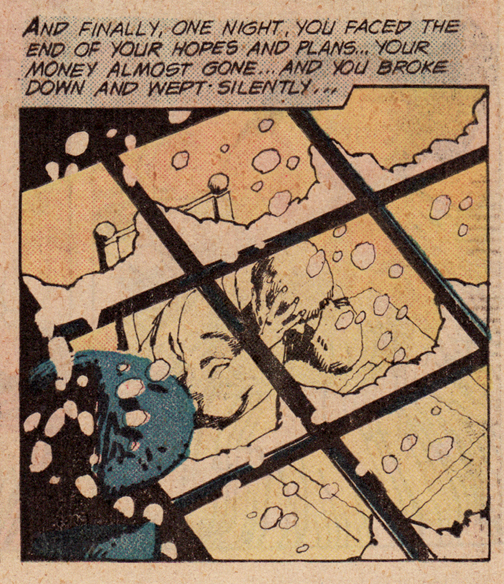 *Be sure to check out my upcoming podcast with Tucker called Truth Telling In Mark Making. Catch it! 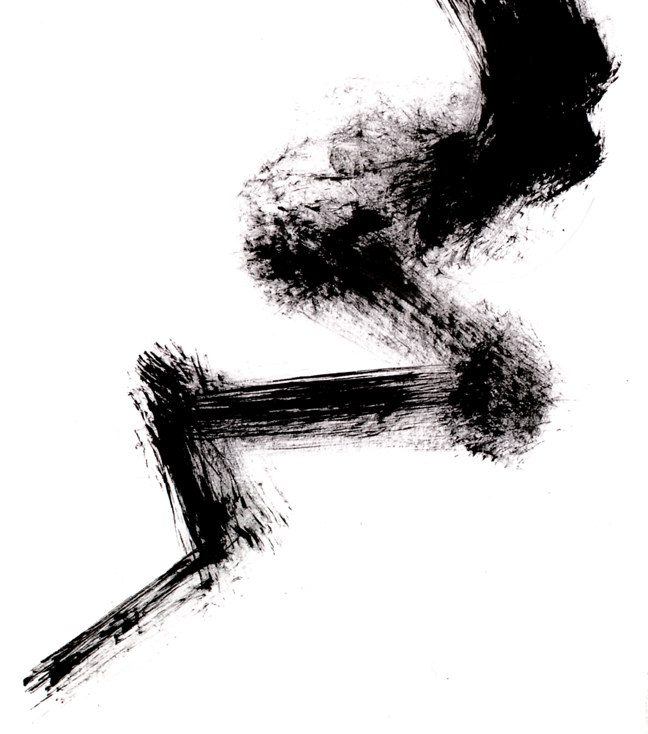 … but I’ve been writing less and less about comics recently, a slightly deliberate position mostly due to time spent making them. I’m left with very little time to work on that massive Tim Gula or Chris Wozniak retrospective that I’d write in a heartbeat.

I still do like looking at things – I’m only human – and so I’ve been slowly cataloging art and artists via my Tumblr. 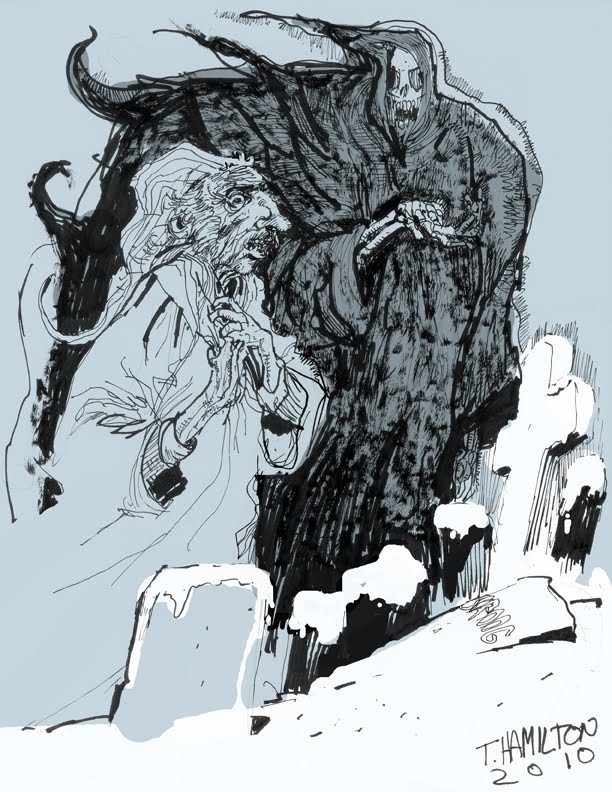 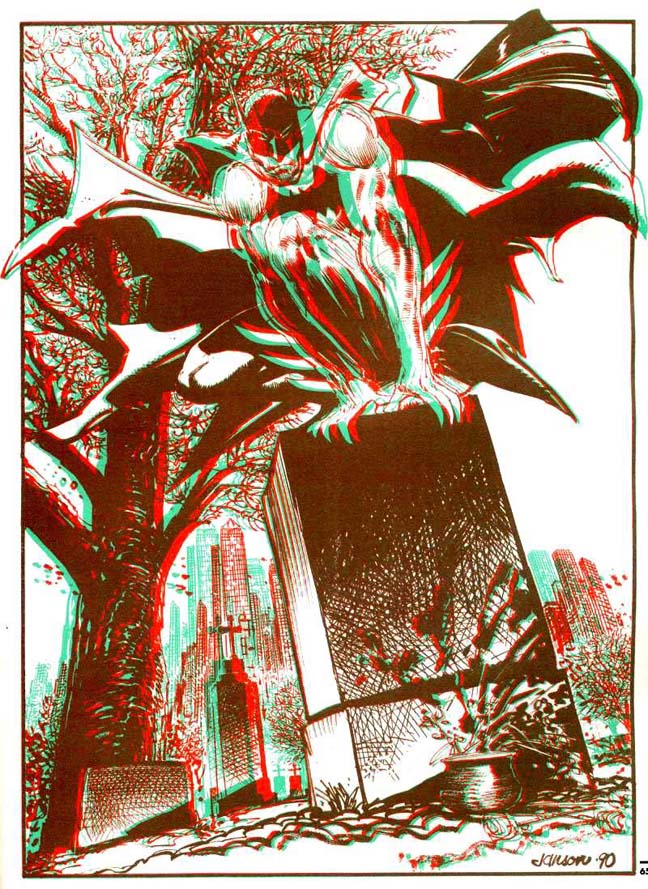 That was Tim Hamilton, Klaus Janson, Alberto Breccia and Alex Niño… a few of the favorite pieces I’ve posted, and the perfect excuses to get back to work.