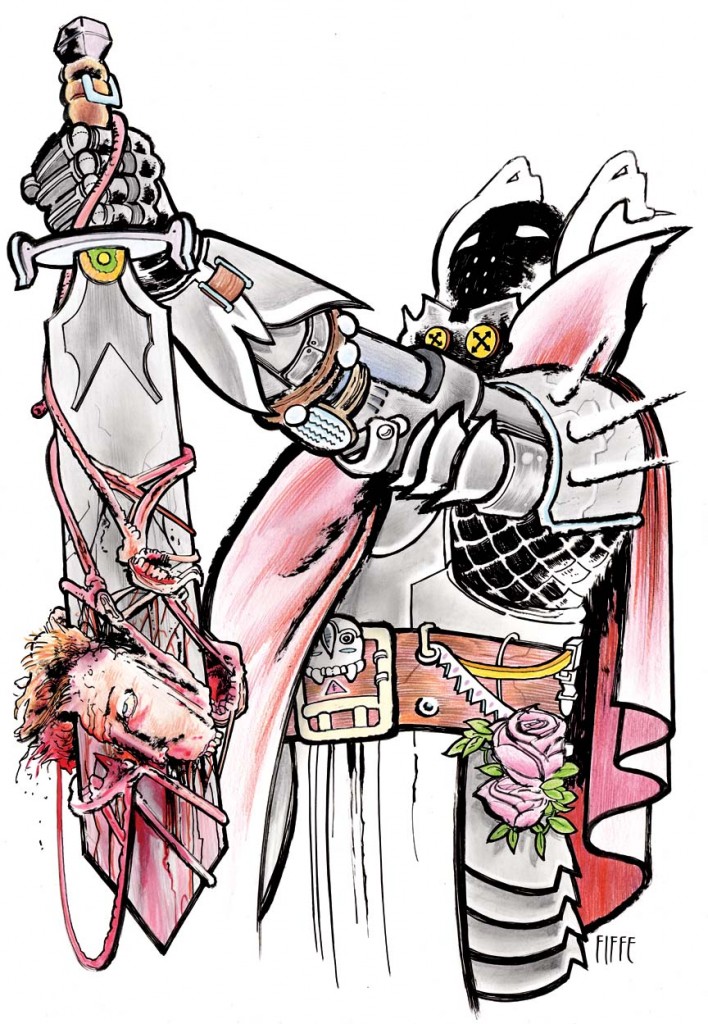 As part of his private, ongoing Nazgul Art collection, illustrator Matt Kish had me draw the Witch-king of Angmar (from Tolkien’s Lord of the Rings). Matt has an extensive blog showcasing all of his acquisitions, with a  variety of unique interpretations: Josh Simmons & Patrick Kyle among them.  All formidable & beautiful & I’m honored to be lined up next to such company. 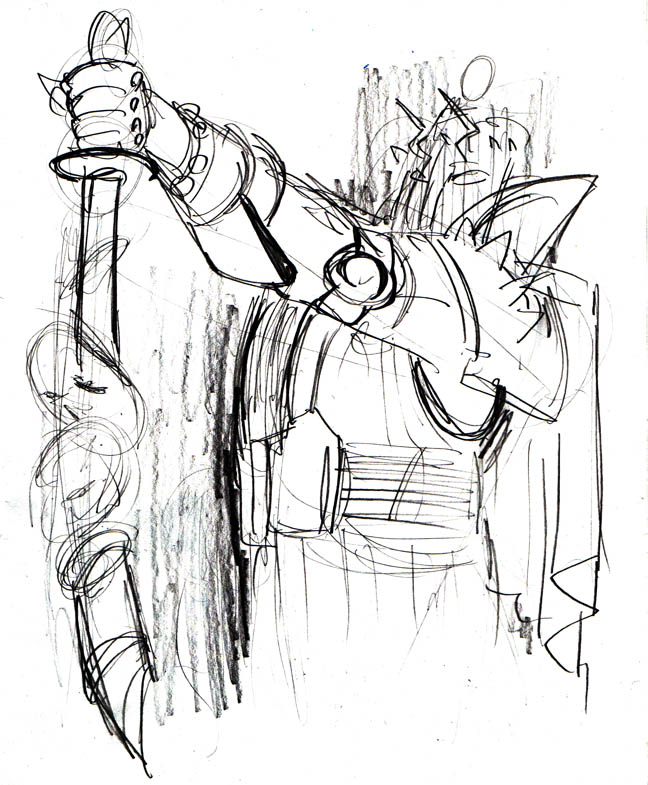 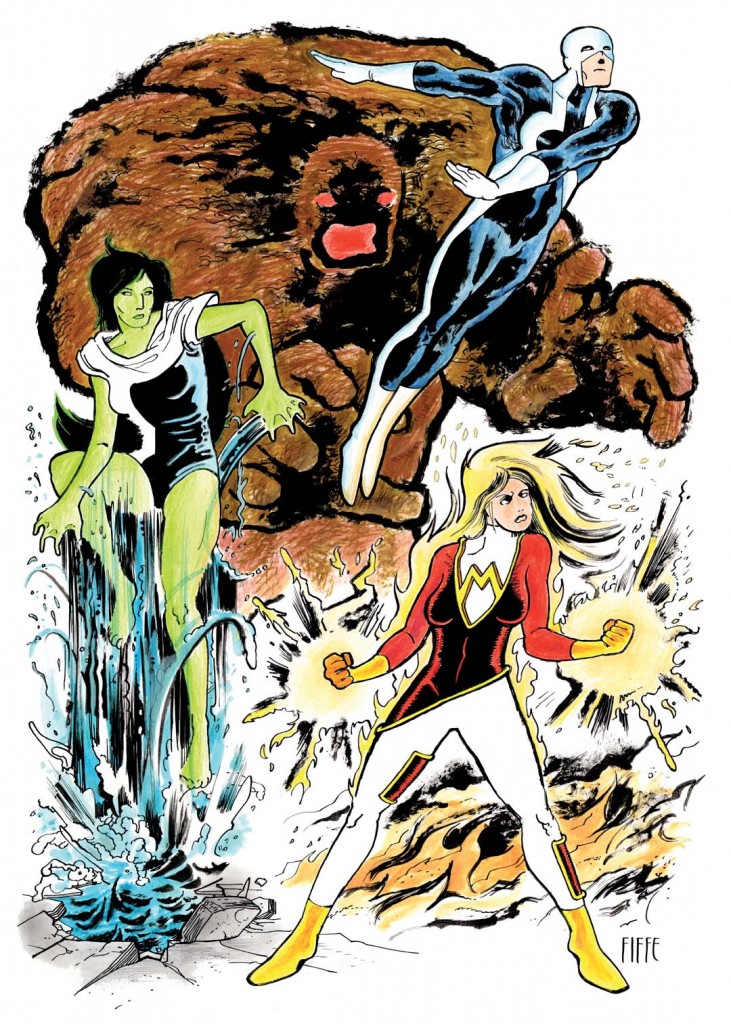 Commission: Elementals. It was interesting drawing these characters – Fathom, Monolith, Vortex and Morningstar – because I had never read the comic. Always heard of it, 80s ground level superhero comics are in my wheelhouse, but I never dug in for no particular reason (same thing for similar staples such as Zot!, Grendel, Mage, New Wave and DNAgents). Who am I to pass on a chance to hunt for back issues, though? So I got the first few based on this article.

Elementals – created by Bill Willingham (who has always been the guy who drew those Justice League annuals to me). 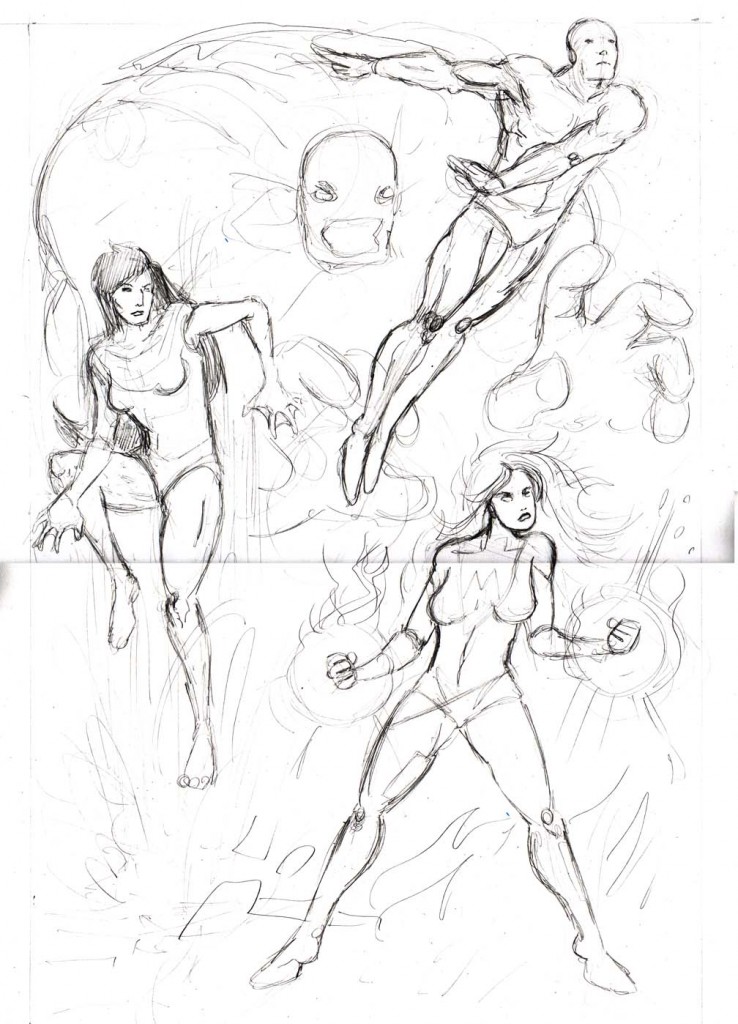 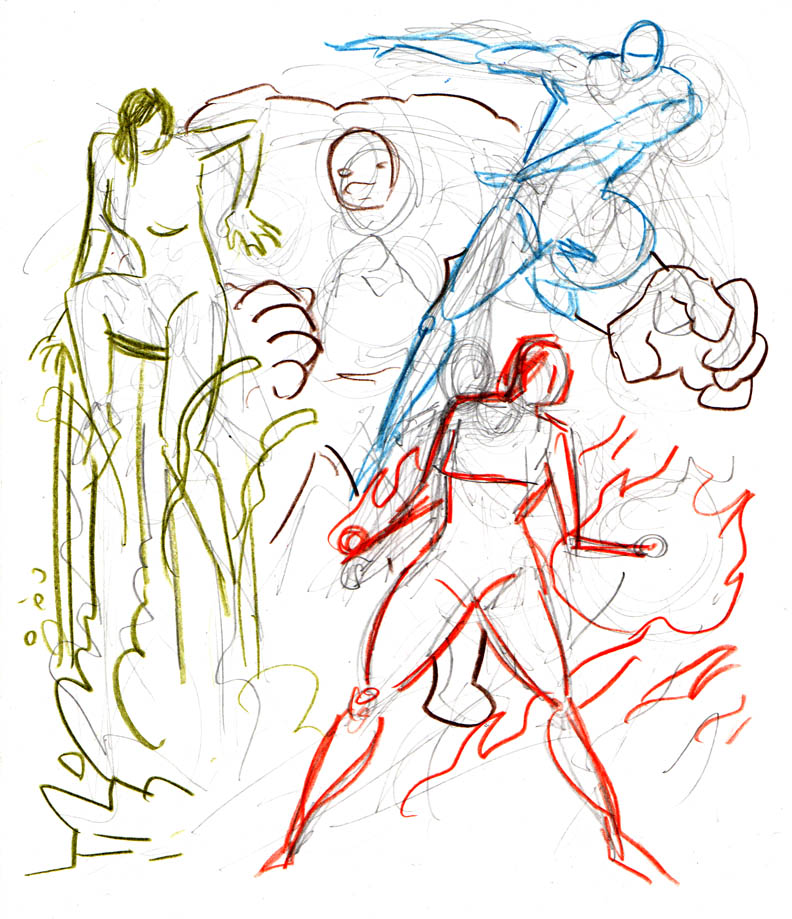 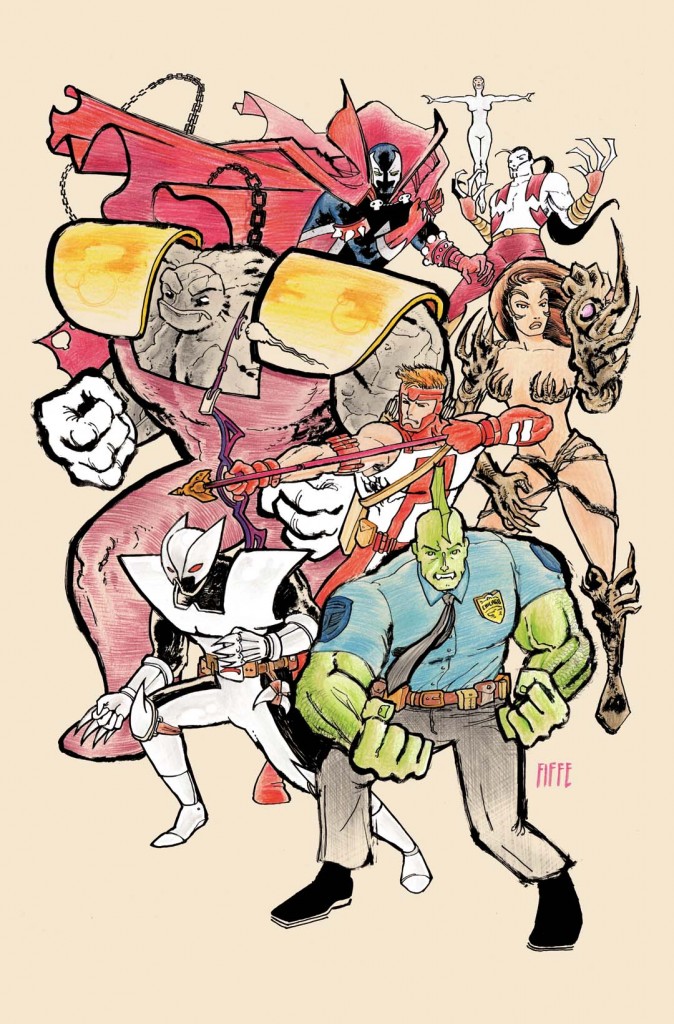 Commission: draw some core characters from the Image Comics universe in a Copra pose. This reminded me of being 12 in the early 90s and how cool it was to see these comics come out for the first time. Following these creators at Marvel was fun and all, but there was something about them doing their own thing that seemed raw and immediate and fresh. I was genuinely excited when these comics were coming out, so it was a treat to get to draw them here.

One reply on “Lightning Round: Witch-king of Angmar, Elementals, Image”

BIll Willingham will always be a D&D artist to me. http://www.tcj.com/wp-content/uploads/2010/04/willing00.jpg