First off, the Copra T-Shirt that quickly sold out earlier in the month is available again – get it now while you can.

DRAWING: That up there is WIR paying Klaus back for the events in Copra #4, page 12, eagle eyed readers.

INTERVIEW 1: Factual Opinion featured a discussion – Consider My Weapons – between me and Sean Witzke, one of my favorite writers/thinkers about comics/movies. It was probably the most revealing I will be in a  long while, and if there’s one thing for you to pick from, please look to that talk.

INTERVIEW 2: Since I love to run my mouth, I chewed Chris Sims’ ear off for an exit interview.

INTERVIEW 3: Motormouth over here. This time over at Newsarama.

FAVES: What other cluster of similarly minded individuals can agree on Copra being worthy entertainment for a 2013 Favorites List? Comics Reporter readers, of course. That very site listed Copra as 1 of the 100 positives of 2013.

AWARD: Copra was nominated by the Broken Frontier Awards for Best Ongoing Series.

REVIEW: Charles Meier wrote a great, detailed overview of the entire series. So did Mark Crabtree.

PODCAST: the Mindless Ones were quite gracious in their discussion of Copra. It’s a real pleasure to know the joy I take in making this comic comes across.

Lastly, check out these awesome pieces. One by Michael C. Kappeler… 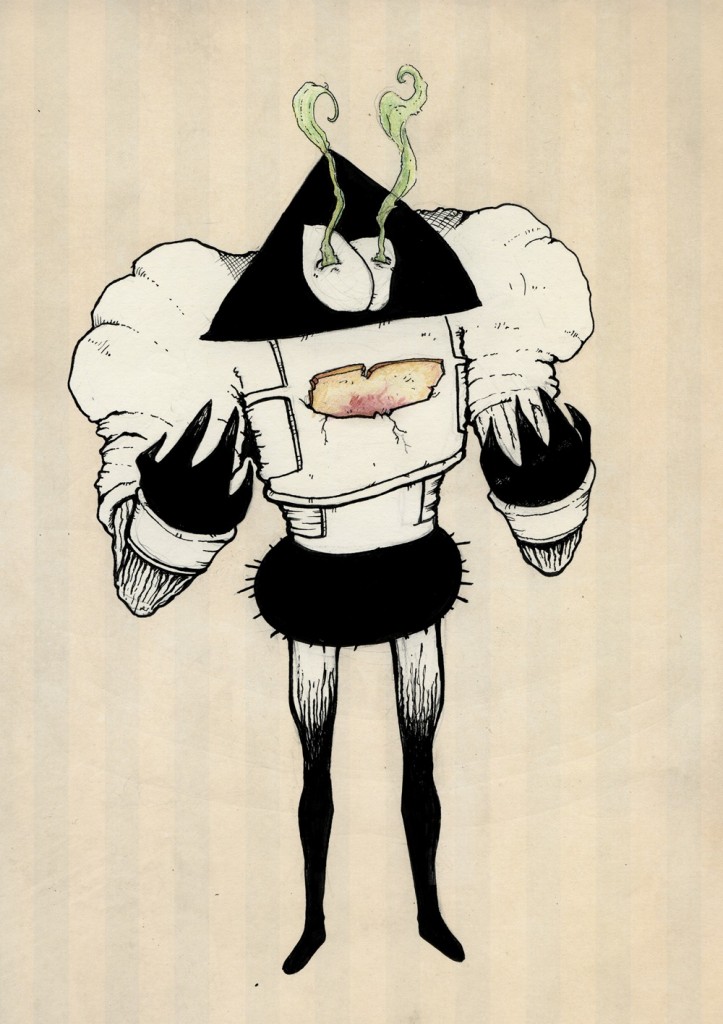 … and another by Maciej Pałka, who based the image below on this and also managed to write this review.

It’s been an insane, wonderful year and this next one if gearing to be twice as nuts. Cannot wait for it, either… I look forward to making more comics for you to enjoy.

[…] Michel Fiffe turned out 12 highly acclaimed monthly issues of COPRA this year, and now he contemplates Life After C O P R A. He ALSO did an Exit […]

I appreciate your work A LOT, but living in Italy won’t help buying your stuff online. Please tell me there will be a big thick book with all of Copra on Amazon (et al) really soon!!!

Congratulations on all the recent success! I love Copra, but I am missing 2 issues. Is there any plan to do a reprinting of Compendium 2 in the future? I was late in ordering it and see it is now sold out. Thanks for the amazing book.