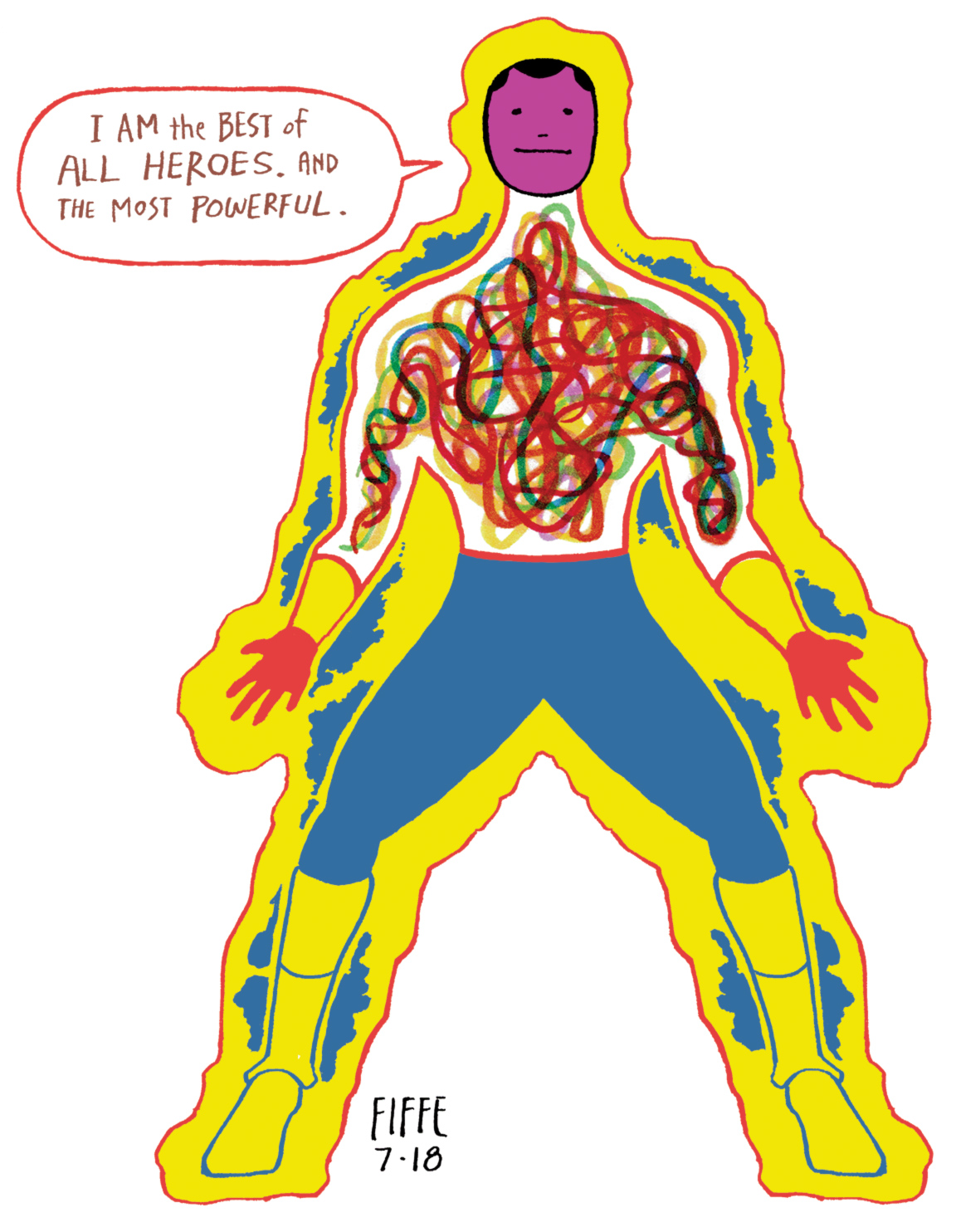 This is the first comic I ever drew. One of my, if not the, earliest times I put pen to paper.

I was about 4 when I became aware of comic books. This was the first one I owned.

There are several of these cheap, randomly assorted anthologies with identical covers but different background colors. I think I had the yellow one. Pretty sure Batman had a story in there.

Big Superman fan, too. Glued to the television whenever they would show the Christopher Reeve movies. There was a Pop-Up book and a coloring book almost as big as me. Here they are, ripped from the internet because I still haven’t reacquired them. 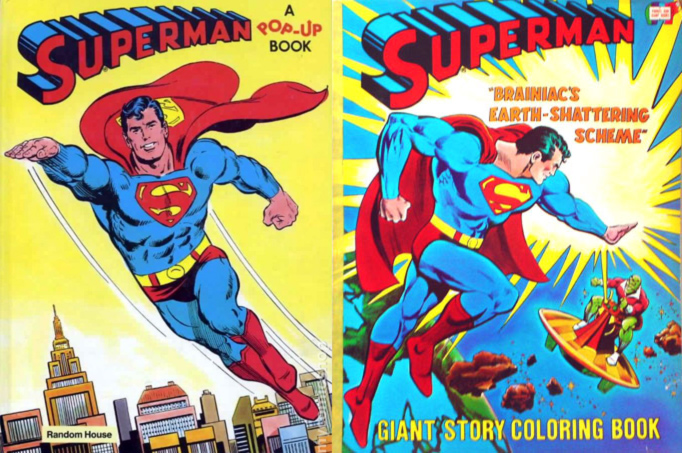 Pretty sure there was also a DC-themed box of Barnum’s Animal Crackers. I also had a handful of Super Powers toys: Superman, Batman, Robin, Flash, and Green Lantern (The only one who survived the ages; still got ‘im.) The mini comics that came with those toys were some of the very first I remember reading and absorbing. 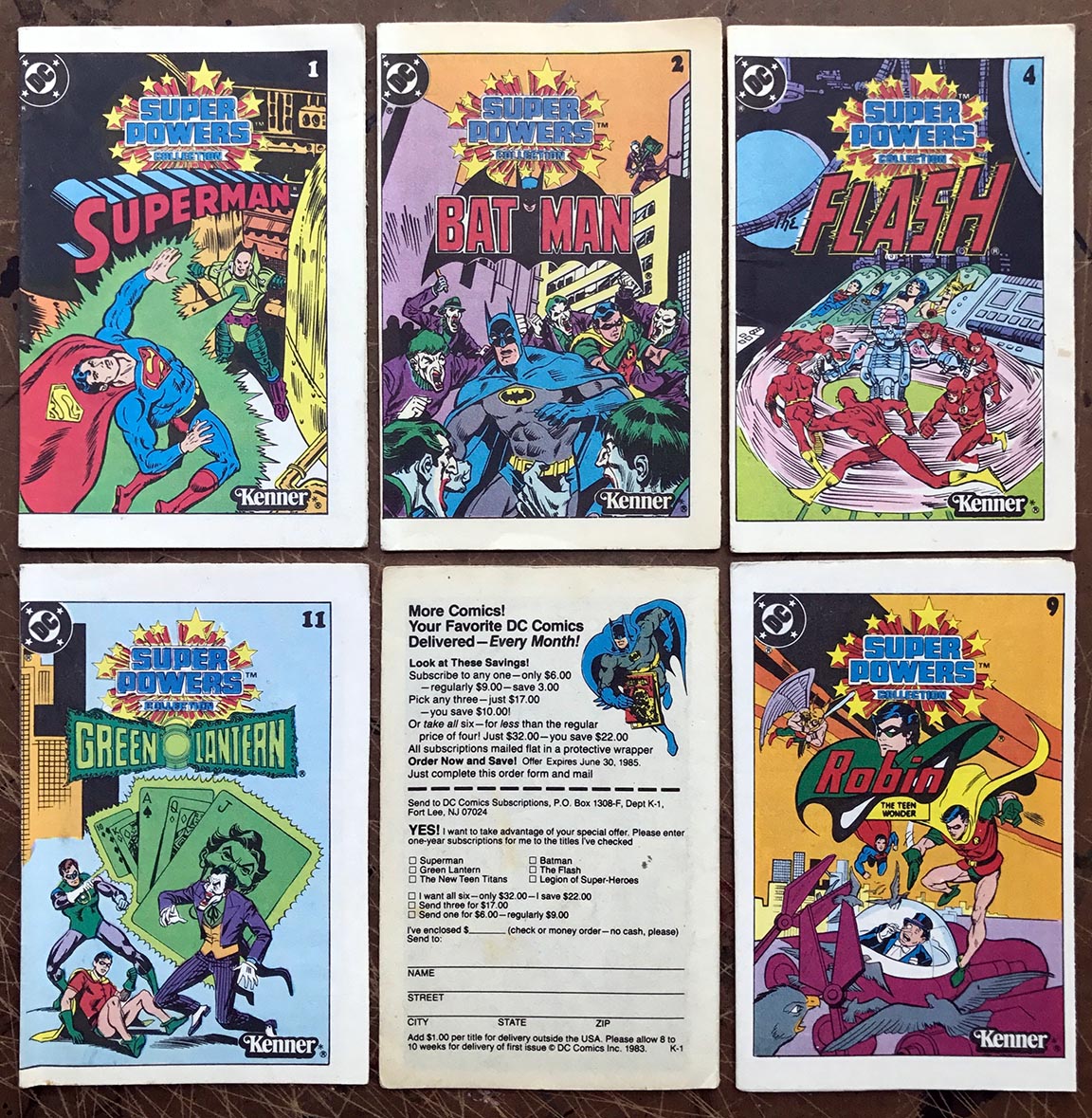 Can’t forget the cartoons, either. I loved every Super Friends episode I caught. 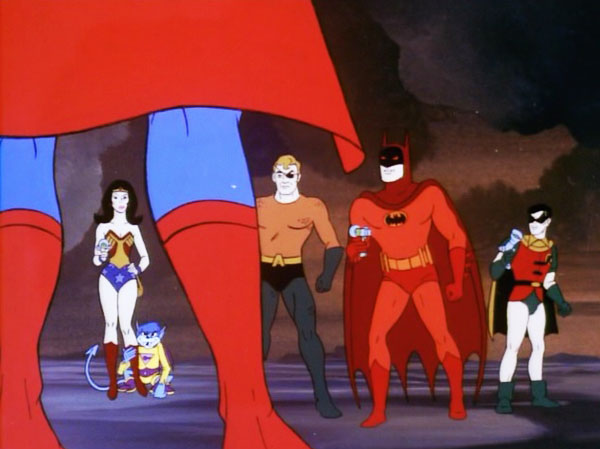 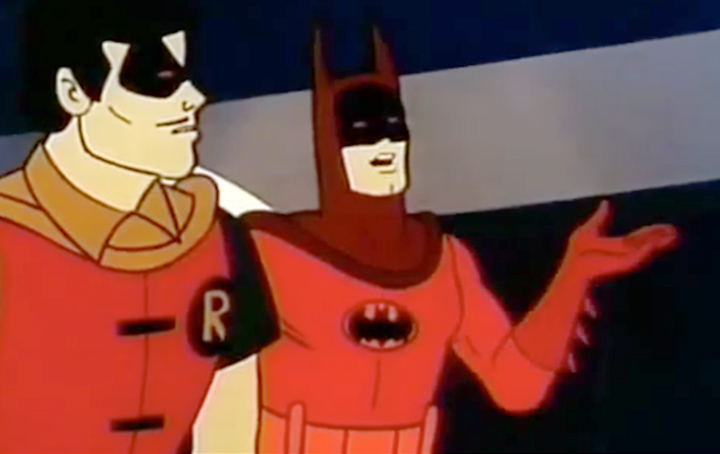 Wonder Woman reruns, too. Even when Batman & Robin made cameos in Scooby Doo. I never came across The Incredible Hulk but I watched Greatest American Hero once in a while. Between Drunk Superman beating the crap out of Clark Kent in Superman III and the “Universe of Evil” episode of Super Friends, my fascination with evil doppelgängers began. 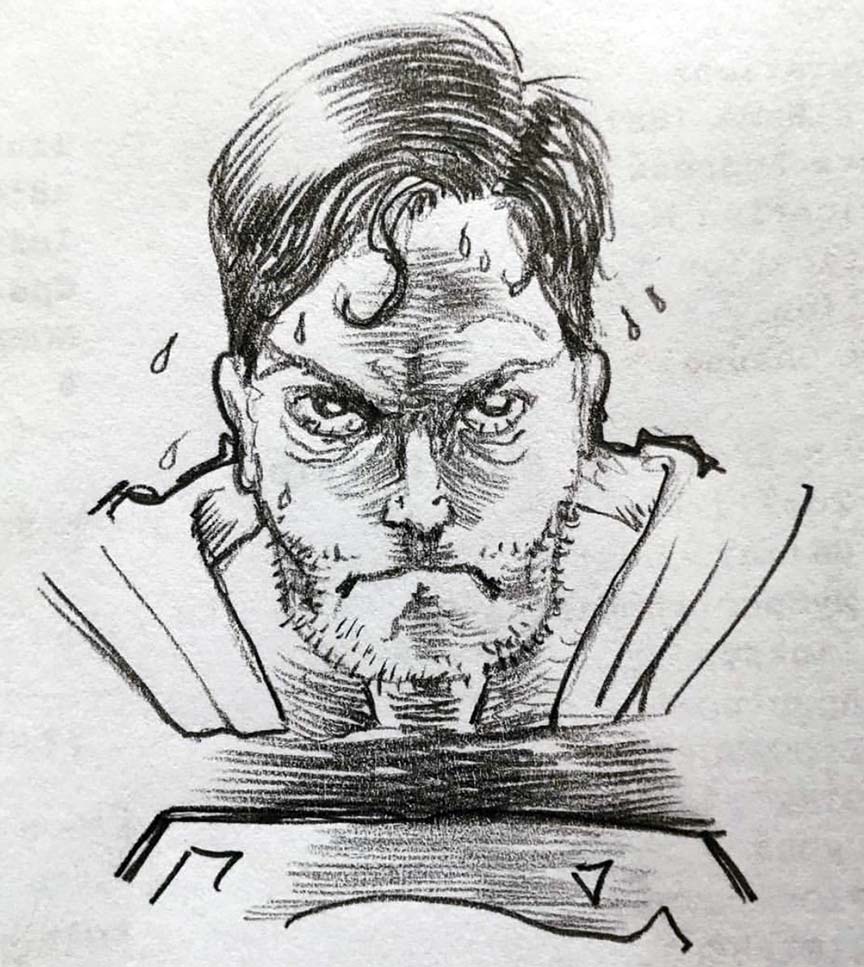 I was 5 when I moved from Miami, FL. to Madrid, Spain with my grandma. That’s when I started really drawing, mostly as an excuse to send letters to my parents who stayed behind in the states. That’s also when I was amassing a small batch of comics that kept me entertained for the 9 months we stayed in Madrid. By amassing I mean whatever my abuelita got for me at the local newsstand.

I also had Gigantik, a Spanish, album-style comic that I haven’t even thought about in decades. This is the only pic I could find online. 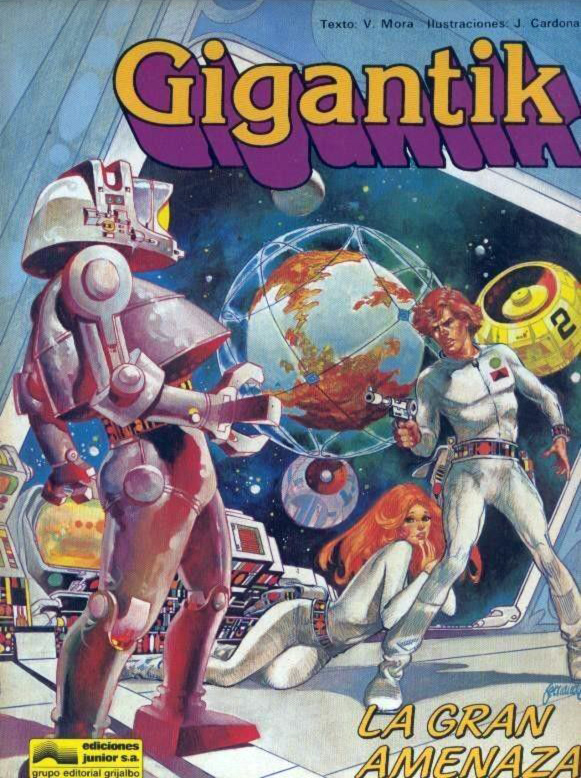 Pepe Gotera y Otilio was cool, too, as was the television show V. One of my earliest drawings was a montage of my favorite scenes, including someone getting punched on the floor, someone getting shot by lasers and someone eating a rat.

But superheroes were my main thing. 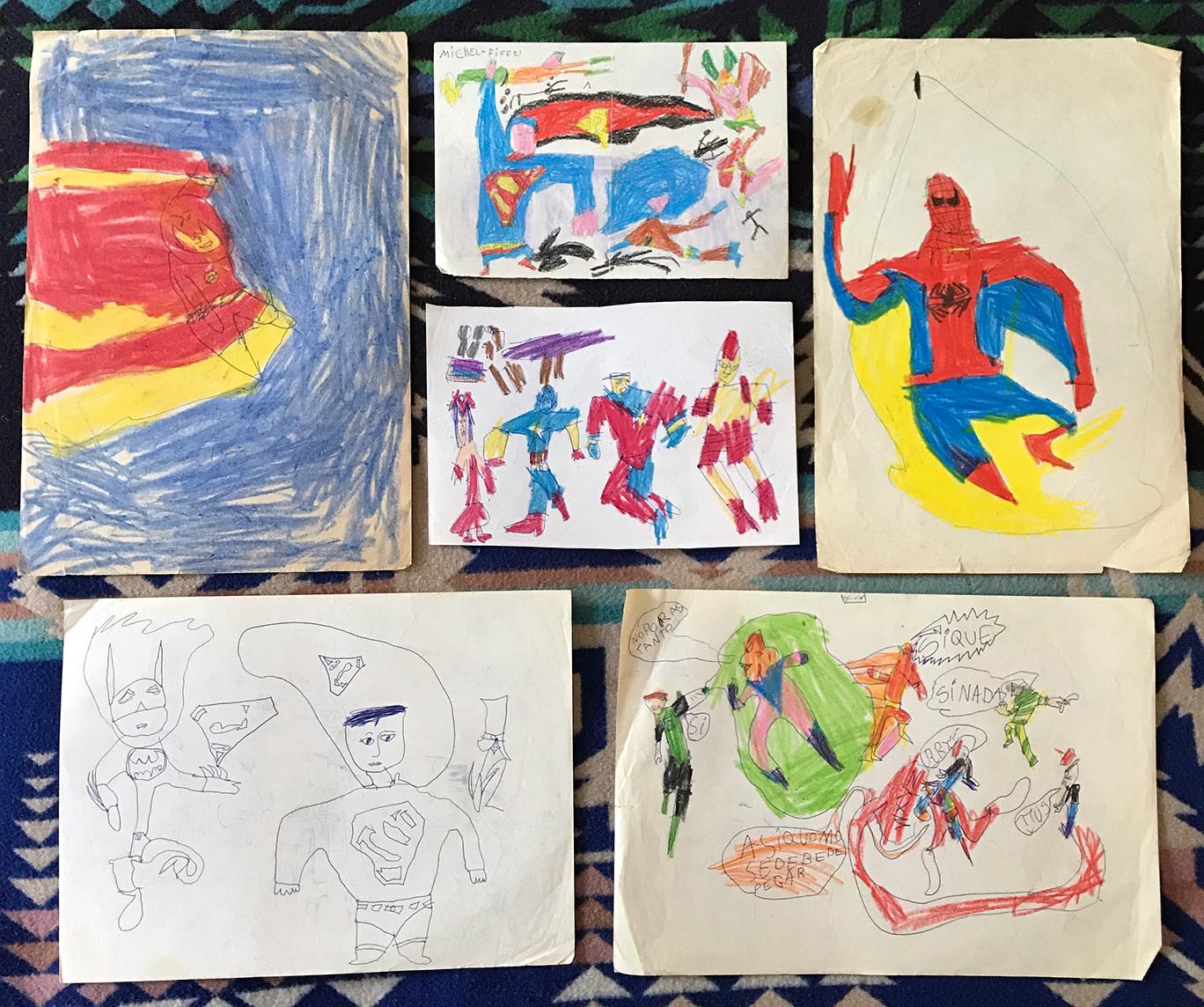 Here are some swipes. 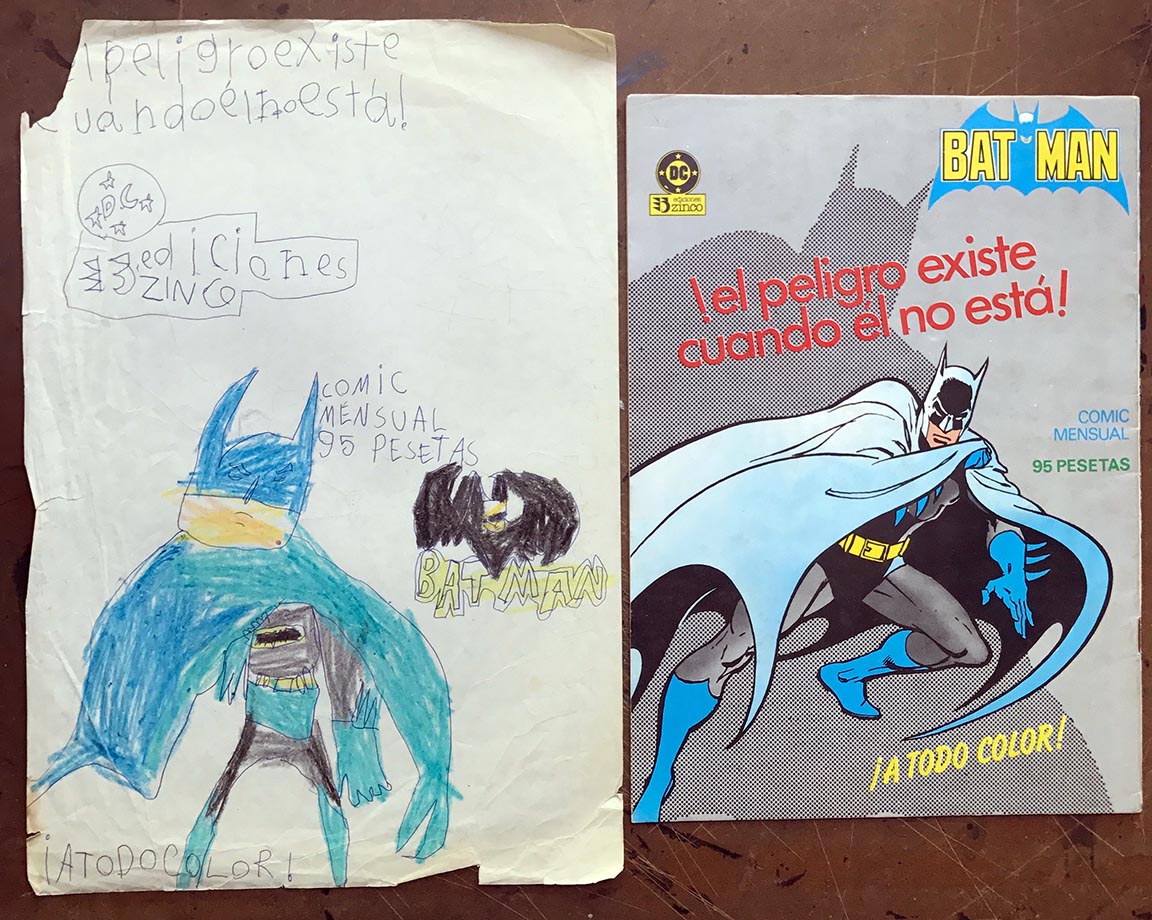 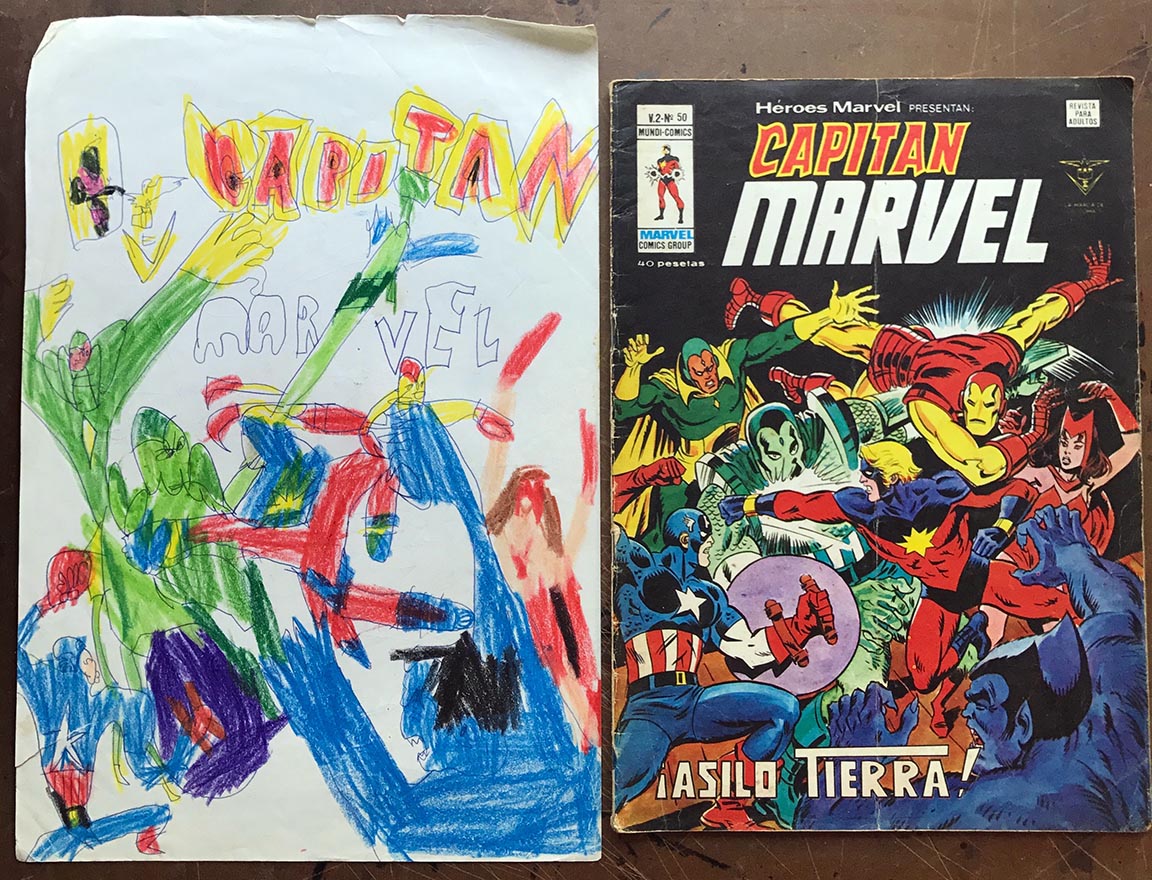 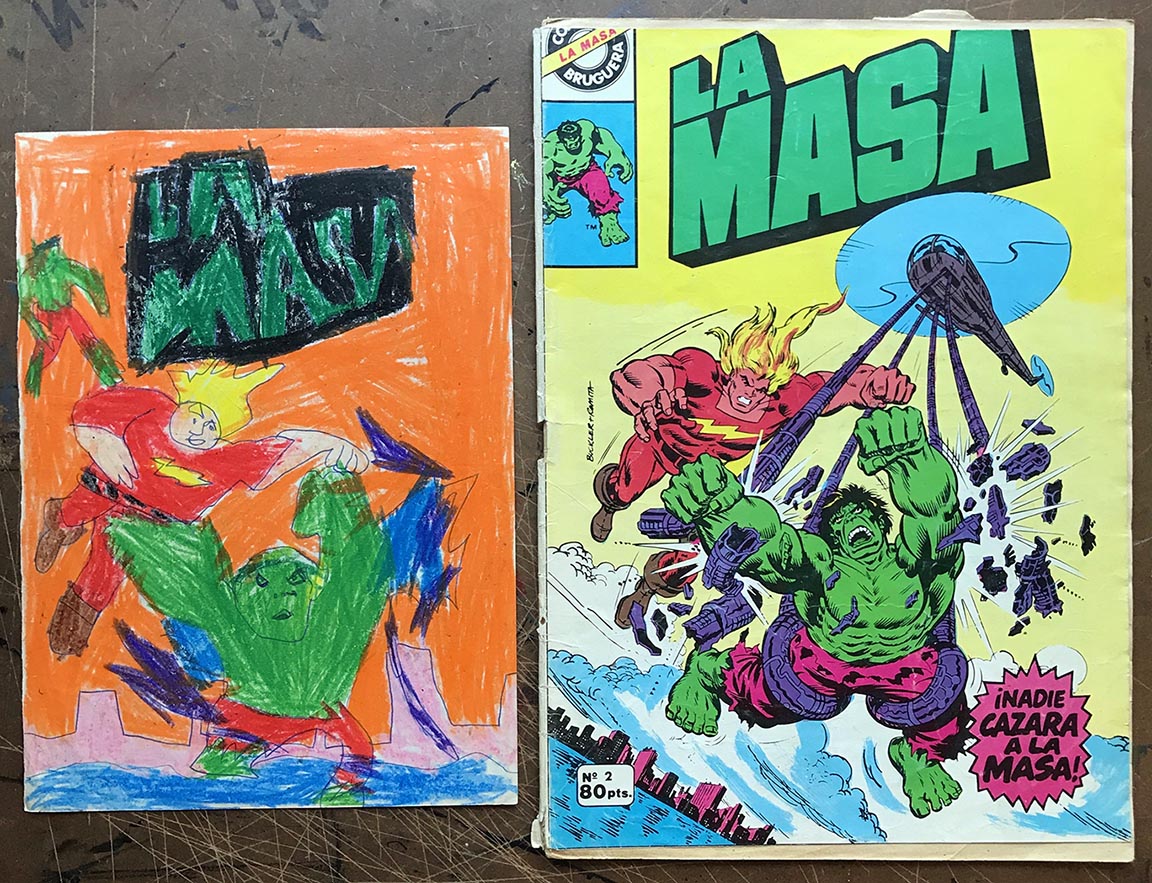 This Hulk issue was great because it was basically a dream sequence where the Hulk was attacked by all of his villains. Printed quite shoddily. Clearly this was disposable garbage for children, not meant to be looked at more than once. I always looked at it. 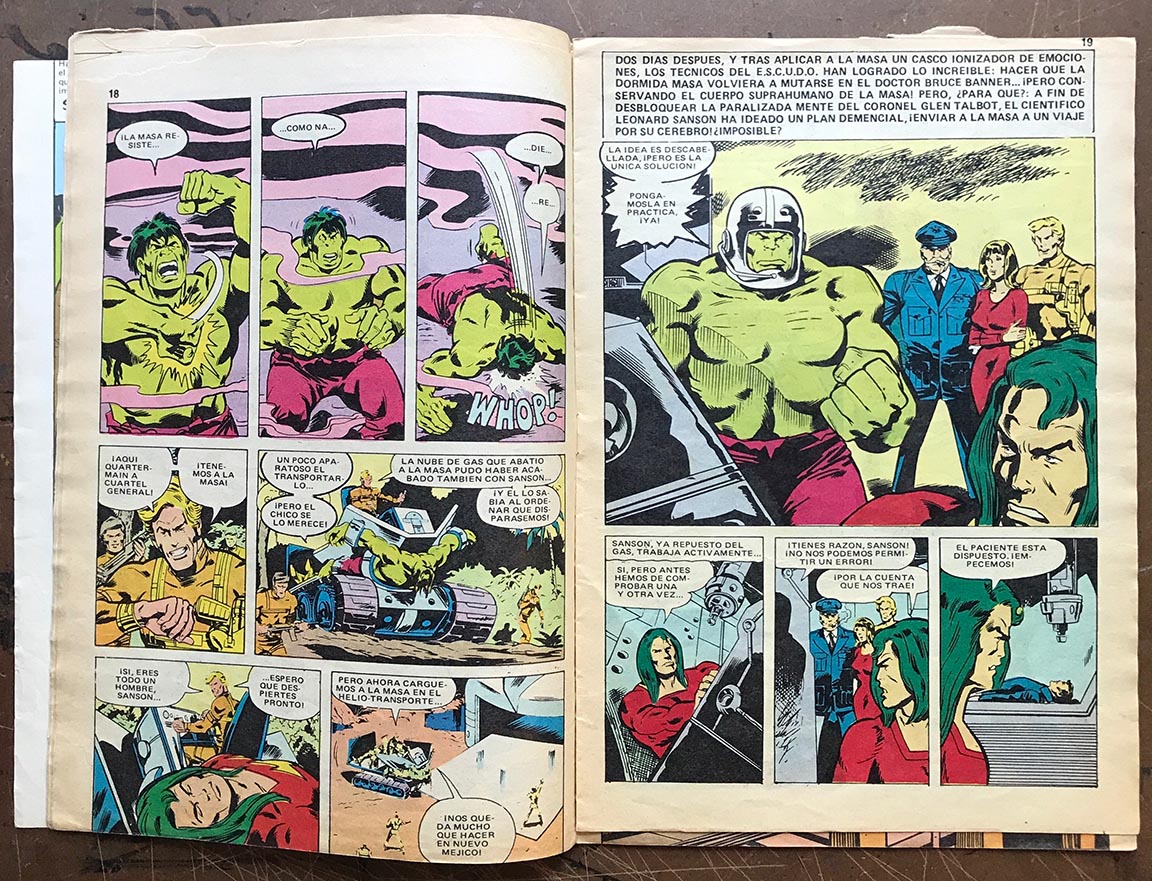 My first Sal Buscema. First Herb Trimpe, too. This scene of the Hulk looking at the city from a distance then eventually collapsing from exhaustion always stayed with me. 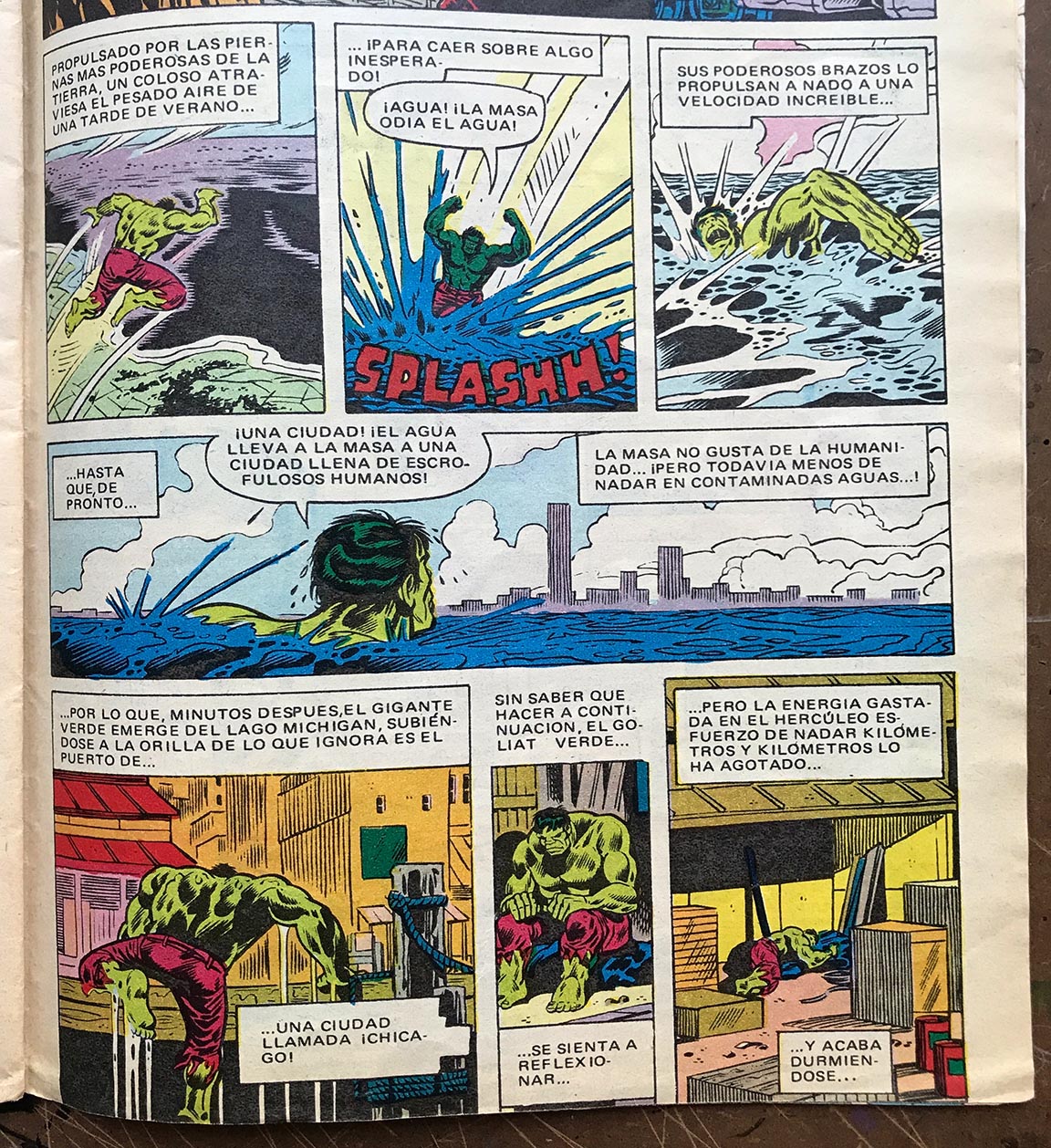 Check out this creepy ending to an Iron Man story, followed by an awesome splash page. 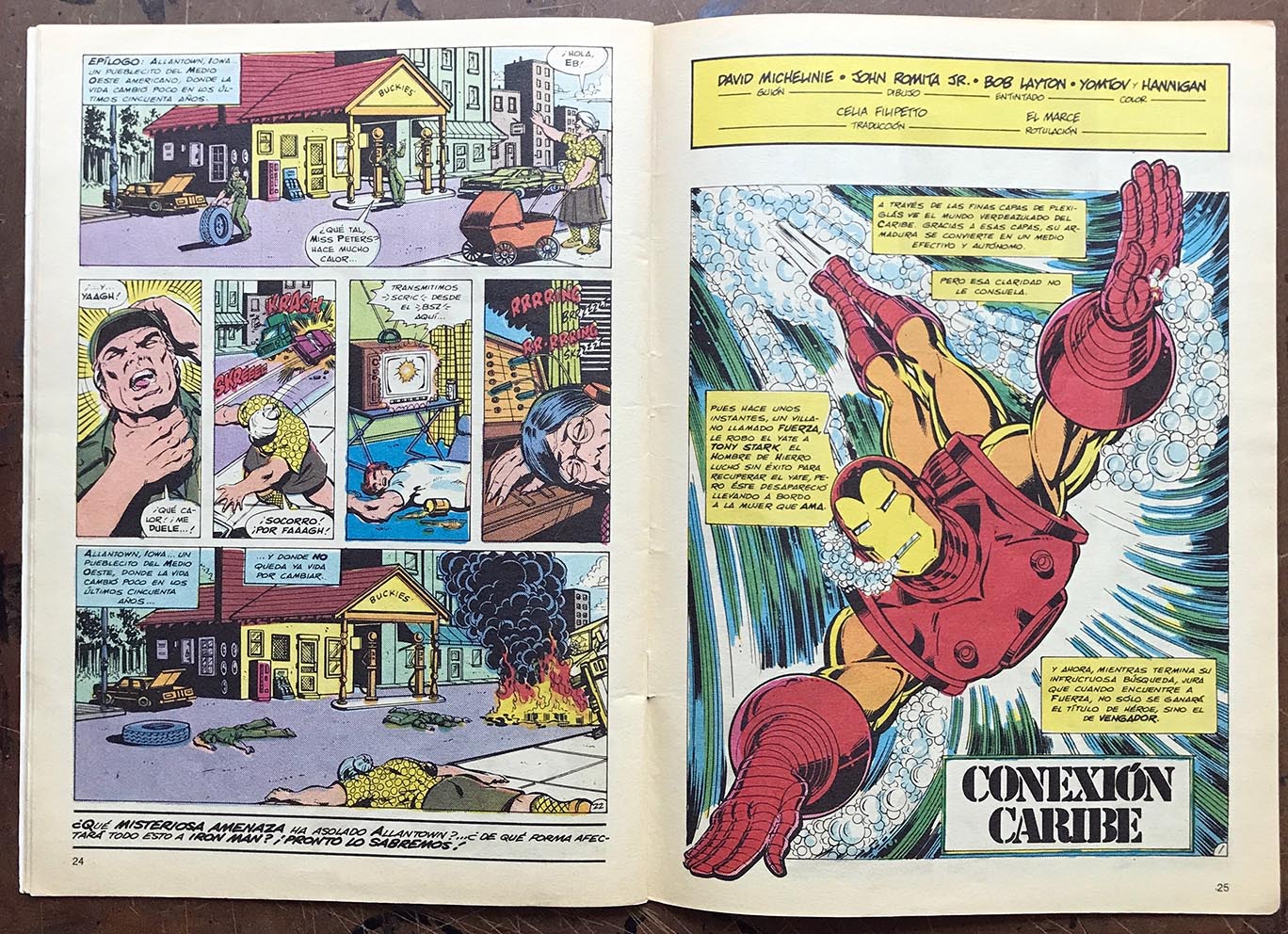 First John Romita Jr. I wouldn’t begin to register names in credit boxes for another couple of years, but it’s neat to see who the artists were that were rocking my world back then. 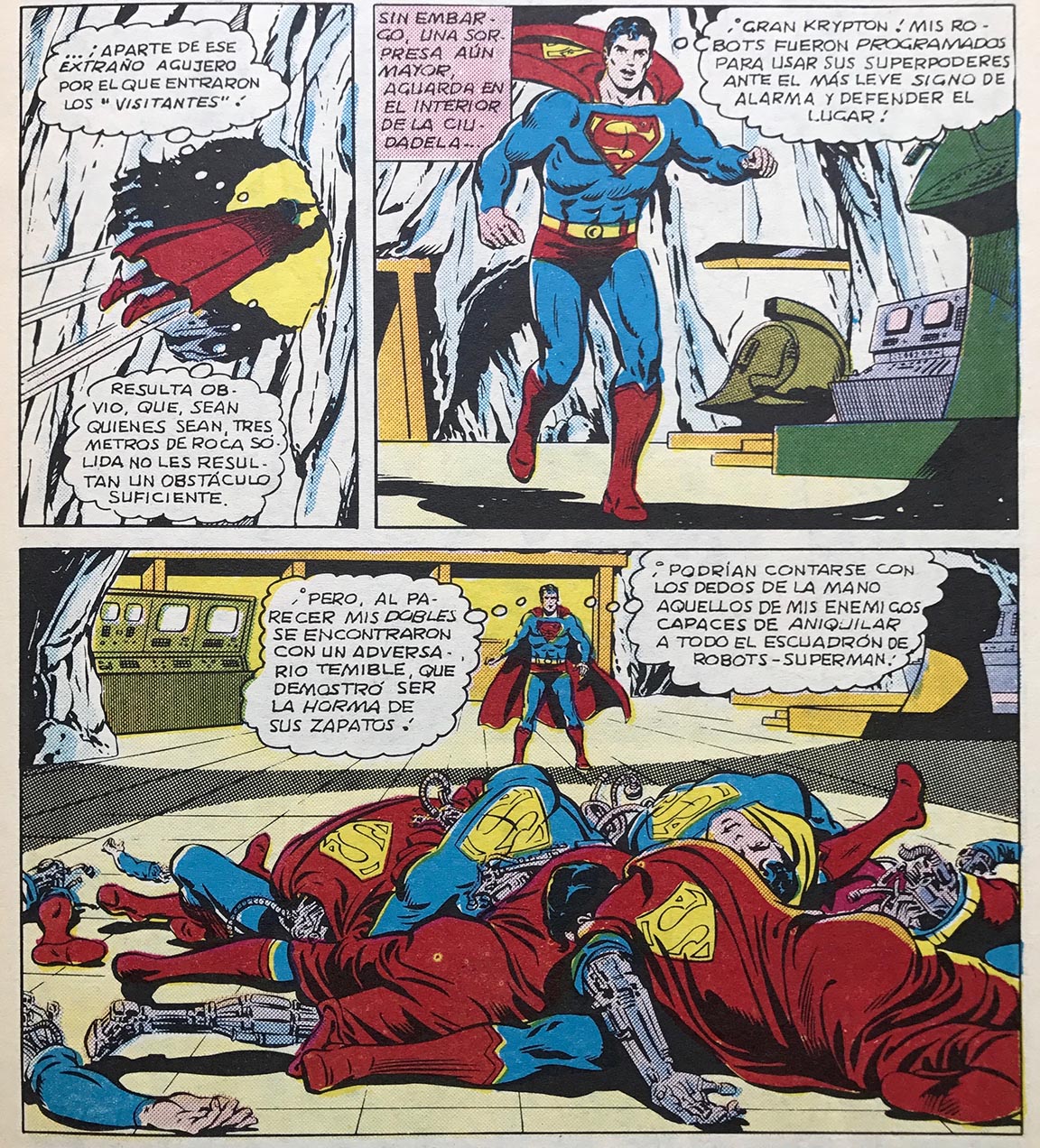 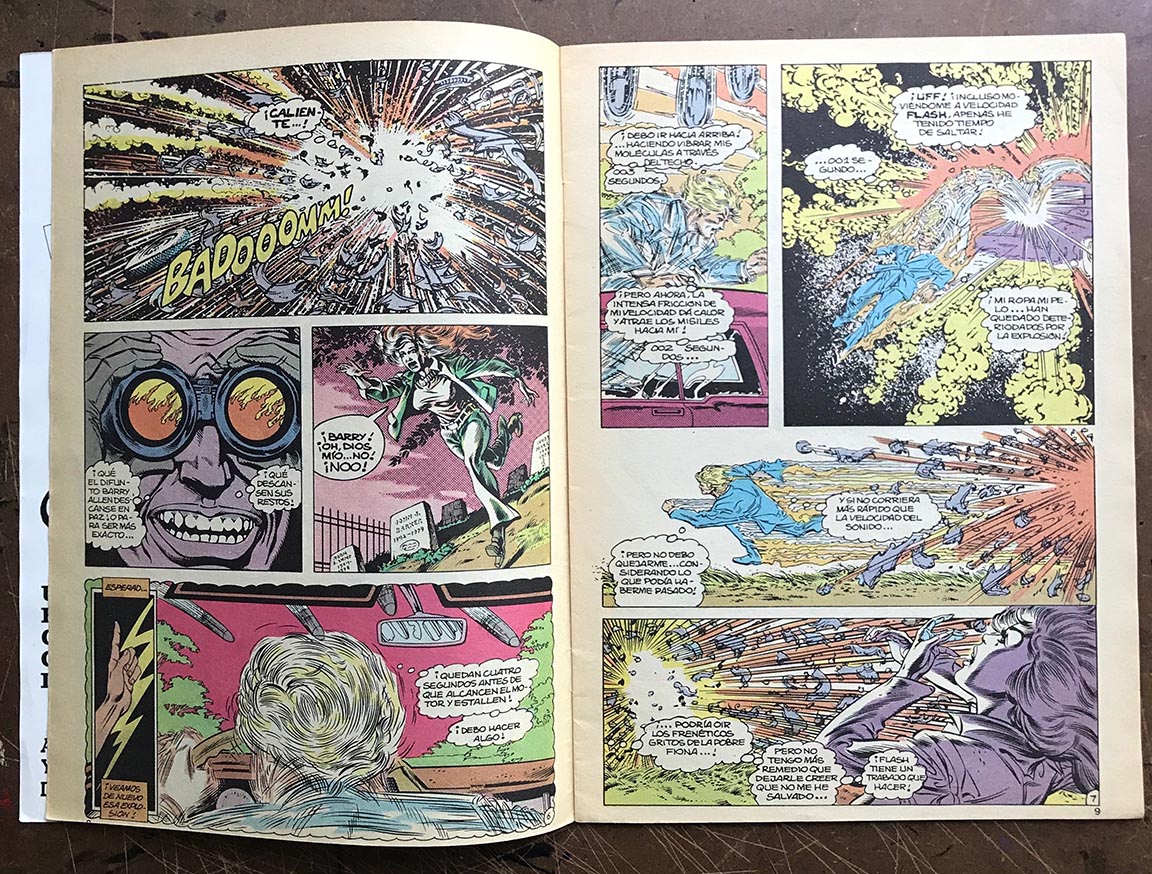 Flash was my favorite comic, especially when Green Lantern showed up. GL had a back-up feature, which was just the original US issues divided in two. First Dave Gibbons and Len Wein. I’ve written in detail about how impactful those GL stories were. I’ve also touched upon a comic that’s not pictured above because I’ve yet to acquire the Spanish version. 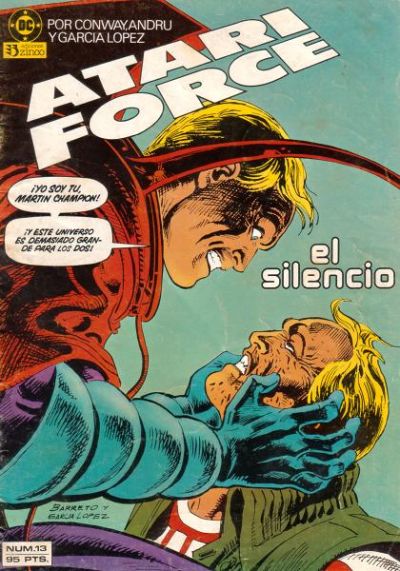 Atari Force (with a Starfire back-up). That one was heavy. 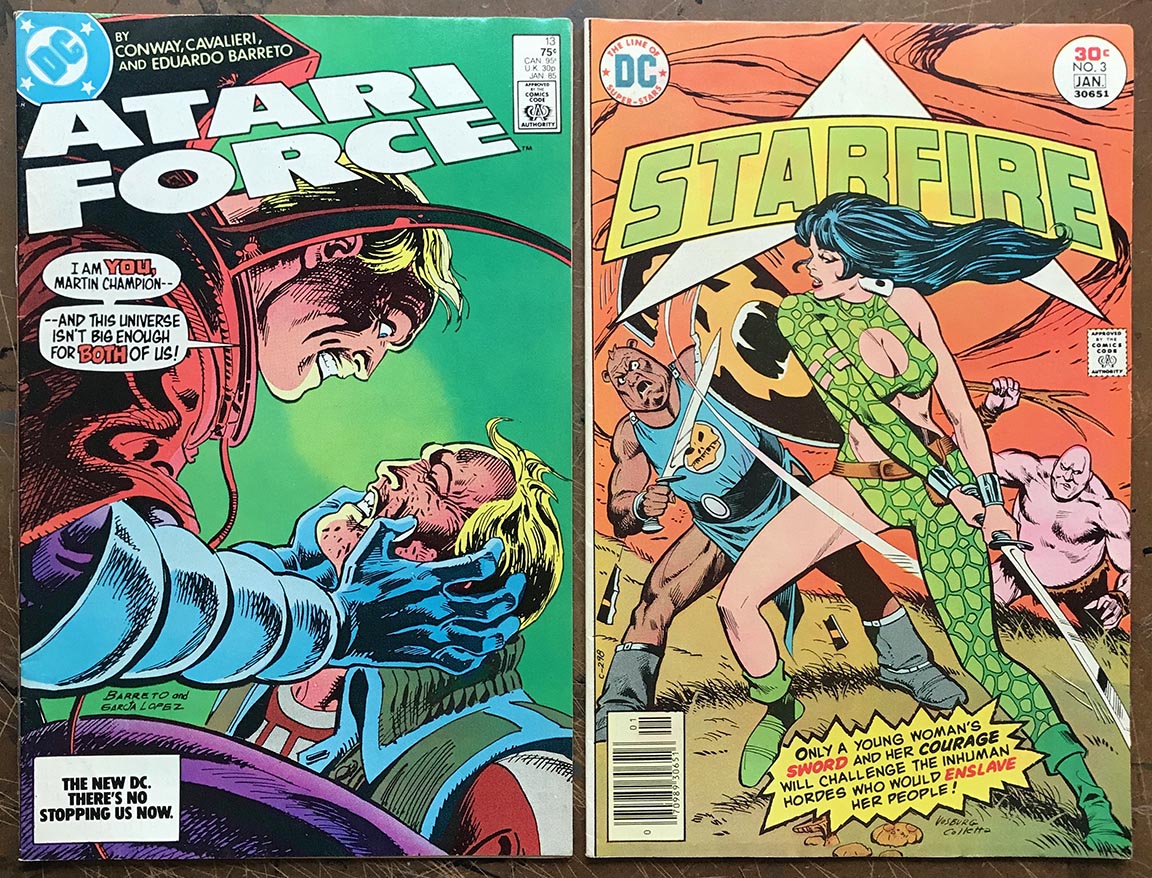 Still haven’t acquired the Spanish Spider-Man issue either. It reprinted both of the stories pictured above. First John Romita Sr.

There was one other thing that excited me. Masters of the Universe. Liked the toys a lot, but I was all over their accompanying mini comics. Here’s a sampling of the few minis I’ve collected in subsequent years, “The Clash of Arms” being a particular favorite. 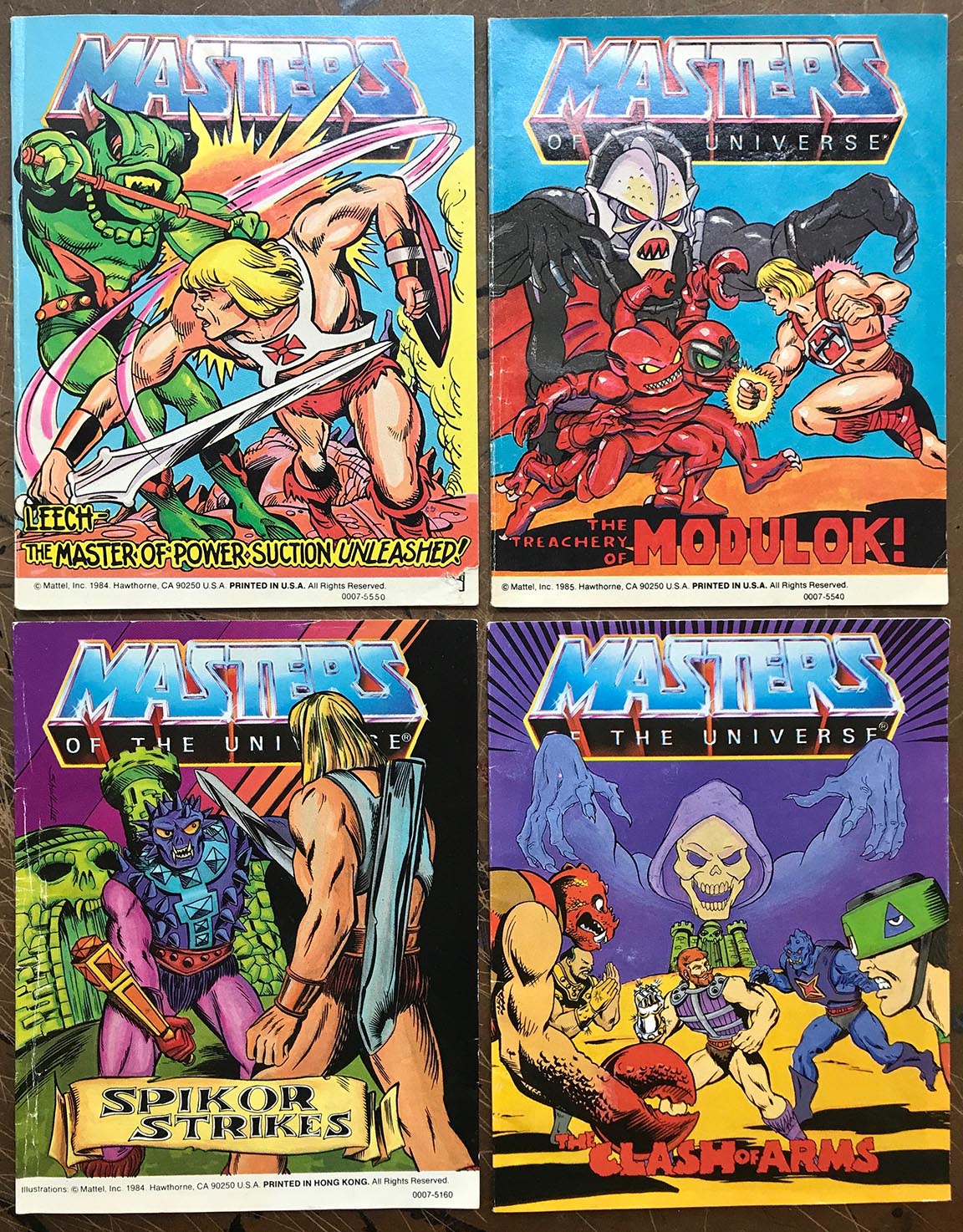 These mini comics were far superior to their Super Powers counterparts. They were longer, the narrative was more involved, and the art was better. Here are some more swipes. 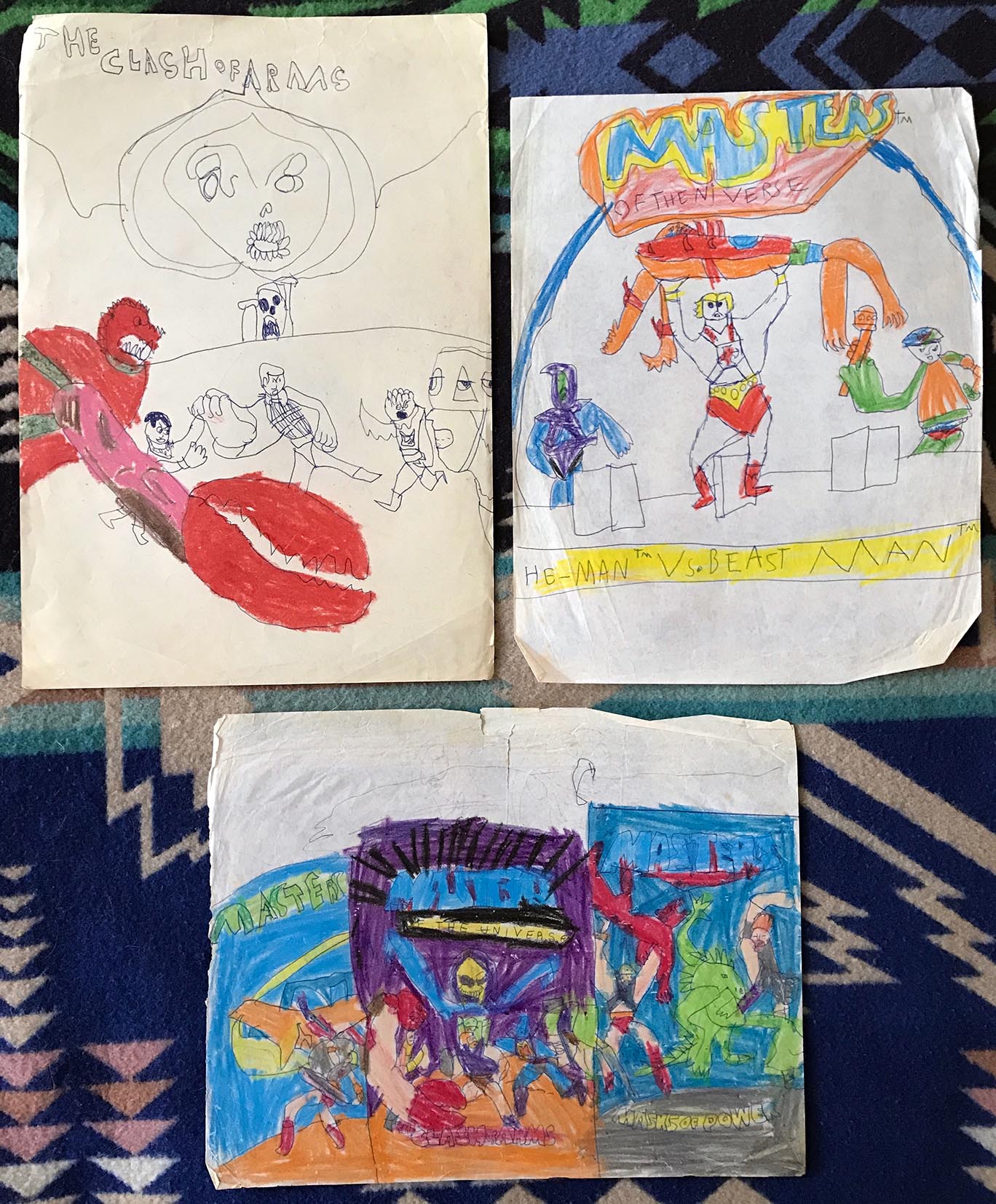 I still loved superheroes. I even managed to create one of my own for the first time. Apparently too powerful to be named. Translation can be found at the top of post. 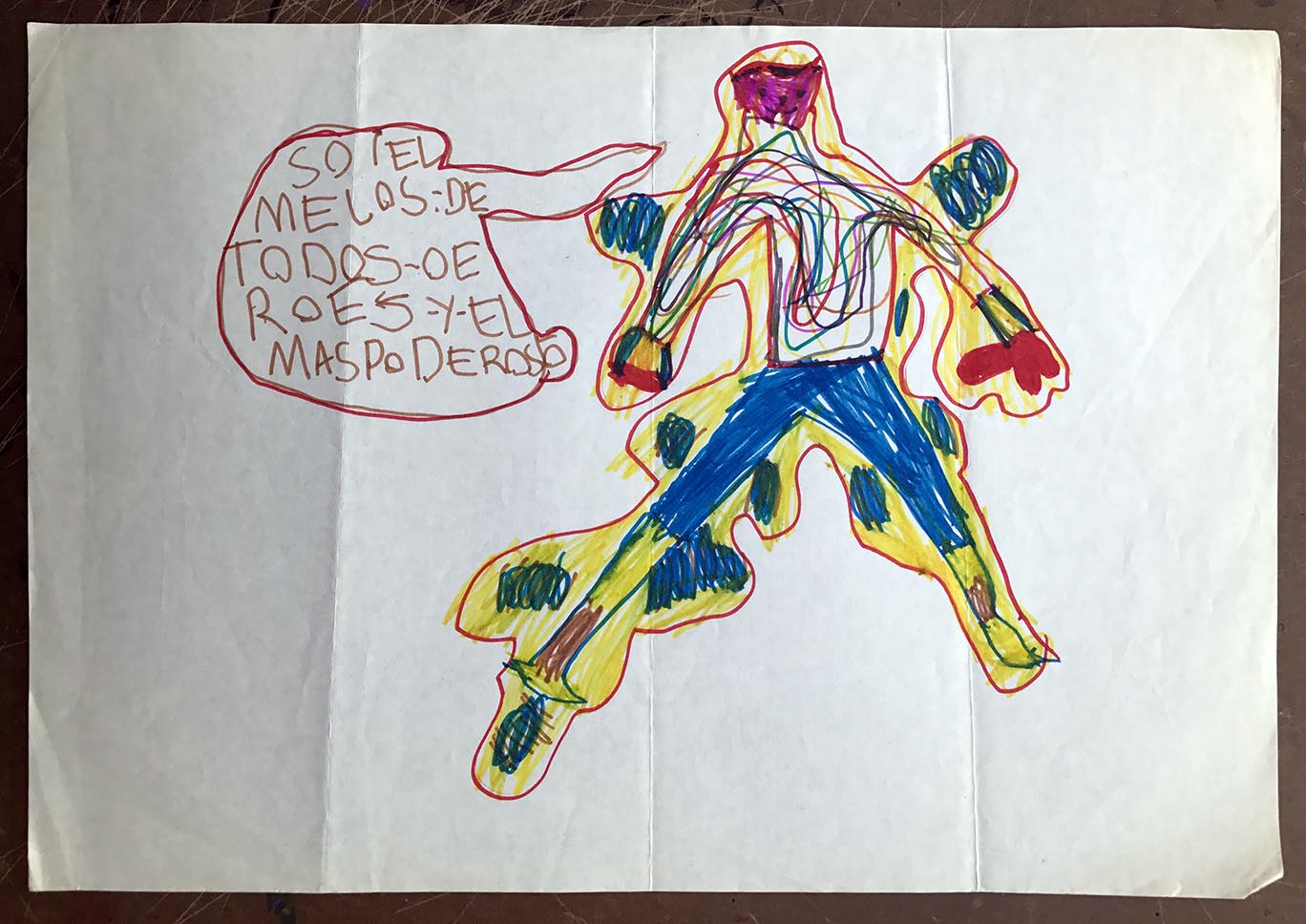 Going though all of these old comics and sheets of scribbles serves a purpose. I’m curious as to what popped out at me, what compelled me to go in this direction. This stuff was just put in front of me, almost at random, and my course was set. It was all pretty innocent back in ’84, almost primal. I would later become an independent consumer (and maker) of comics, and I’m excited to trace my relationships with comic book stores, publishers, and the creative bent to do it myself. 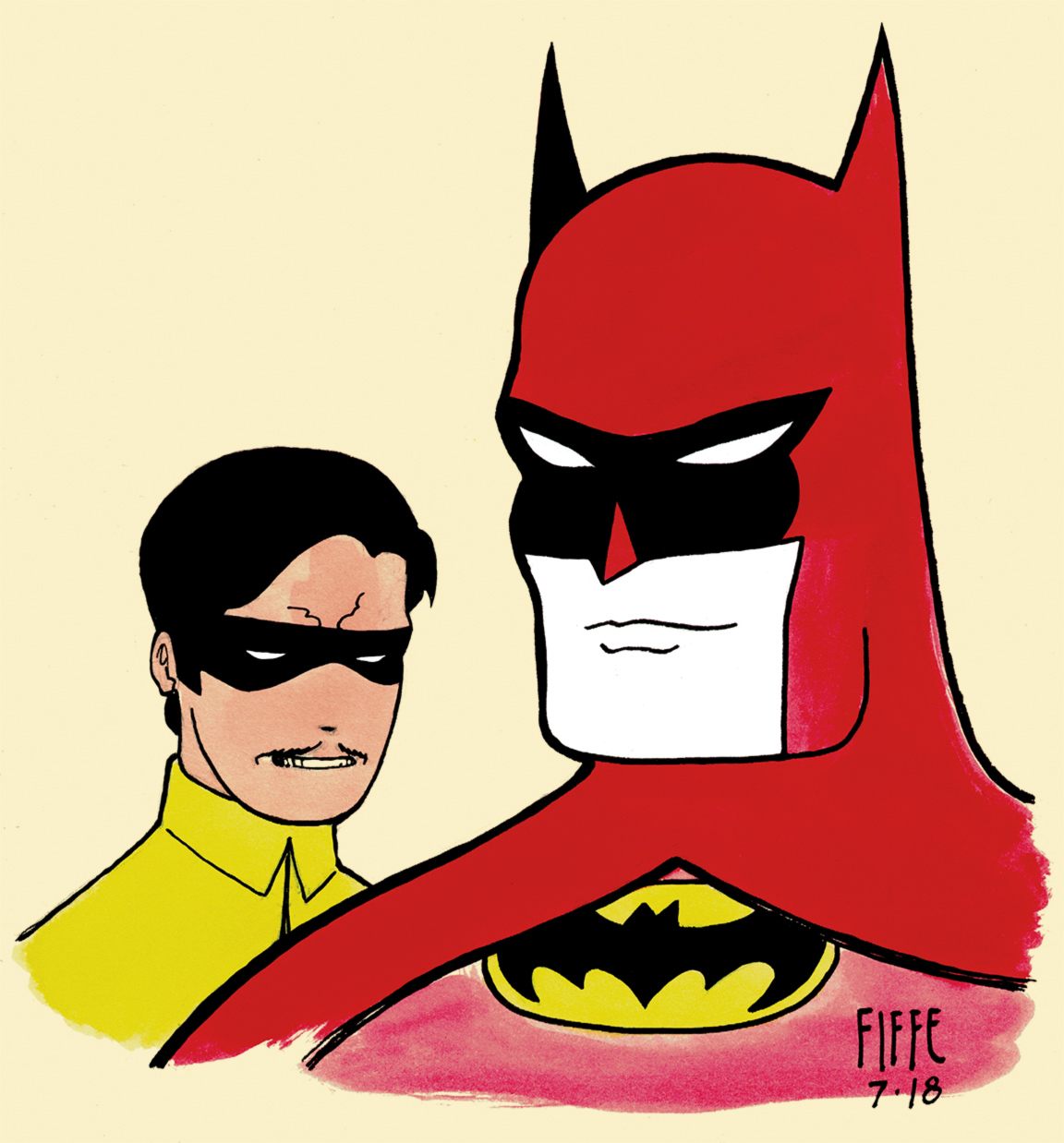