This Savage Dragon story, “The Date”, launched the Twisted Savage Dragon Funnies back-up feature in the pages of Erik Larsen’s Image Comics mainstay title. The back-ups featured an array of emerging indie cartoonists, and were eventually collected along with a second round of alternative creators (we even had most of the roster show up for a signing at Jim Hanley’s Universe).

“The Date”, presented here in its entirety, was written, drawn, colored, and lettered by me at the tail end of 2010 and was originally published in Savage Dragon #160, May, 2011. 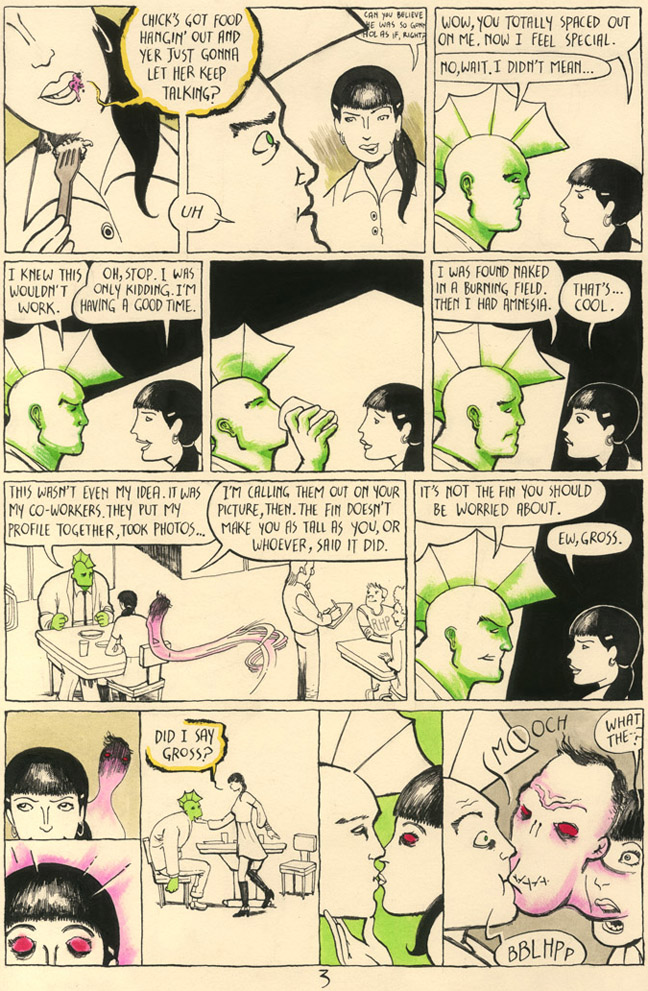 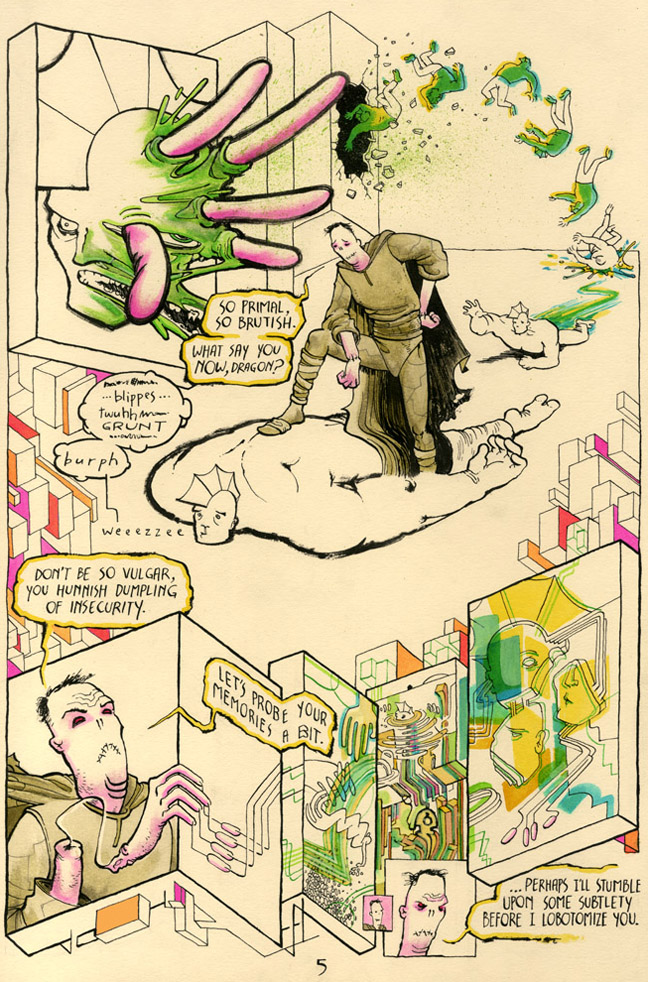 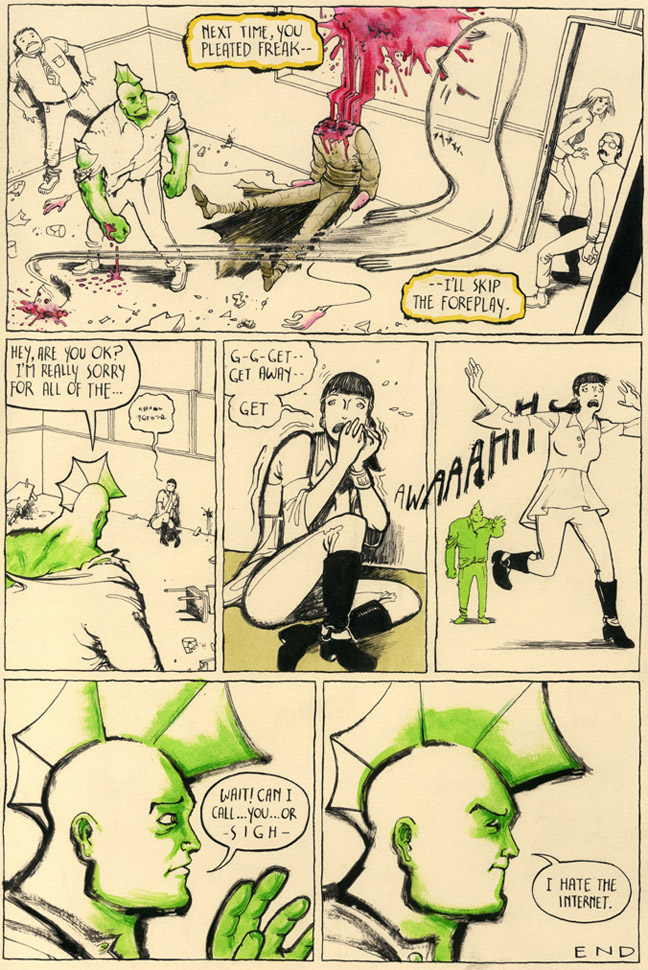