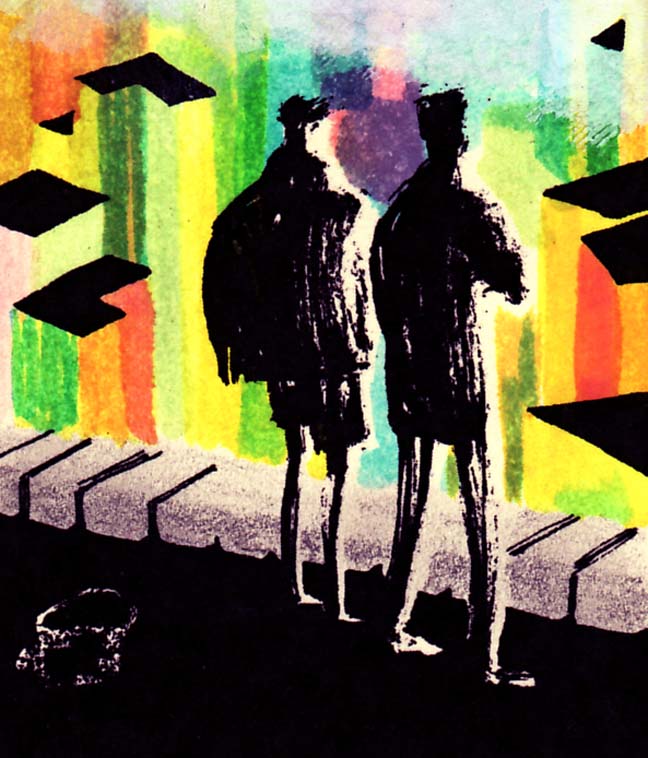 It’s finally DONE! After 30 days of biting my nails, the results came in. Y’see, for the month of January, I set up a crowd funding campaign via RocketHub to help make ZEGAS #2 happen. Just a few hours ago it was finalized: we raised enough money to help print up more copies than I projected… and YOU are responsible! I knew we’d pull through. I had faith in us.

Major thanks to every single one of you who donated. You absolutely made this thing happen, and your interest in my stuff is not something I take for granted. Seriously, thank you.

Those of you that went out of your way to mention and support the project deserve a shout out. As do the hosts of comics podcast Hideous Energy (as well as Super Cute co-creators), who went above and beyond in reviewing ZEGAS #1 and promoting the funding of #2. Listen to it here. Hell, try it here, too.

Alec Berry ran a conversation he and I typed one afternoon. I went off on a few rants but Alec was kind enough to nix the worst of it. If it doesn’t involve Jim Aparo, I probably shouldn’t talk about it to begin with. File under Interview over at Spandexless.

RocketHub’s own blog featured a brief interview with me as well.

Other nods: MTV Geek mentioned the project early on. ZEGAS #2 news caught fire and spread over to Death To The Universe & The Comics Reporter & The Comics Beat.

I can’t express my gratitude enough to those that linked, liked, poked, retweeted, mentioned, and basically spread the word. It was a fine line for me to dance across for a month, genuinely reaching out to folks while trying not to oversaturate my presence. But you couldn’t play it too cool for school, boy, because the plea had already been put out there. It was all simple, direct, and based on appreciation from both sides of the tin cup and I’m quite glad I did it.

The comic will be off to the printer in a matter of days and I cannot wait for you to see it.

Oh, and here’s the video I helped make for the fundraiser campaign. Moses T. Krikey put it all together into a slickly edited web commercial while Erik Mallo should be held responsible for the music.