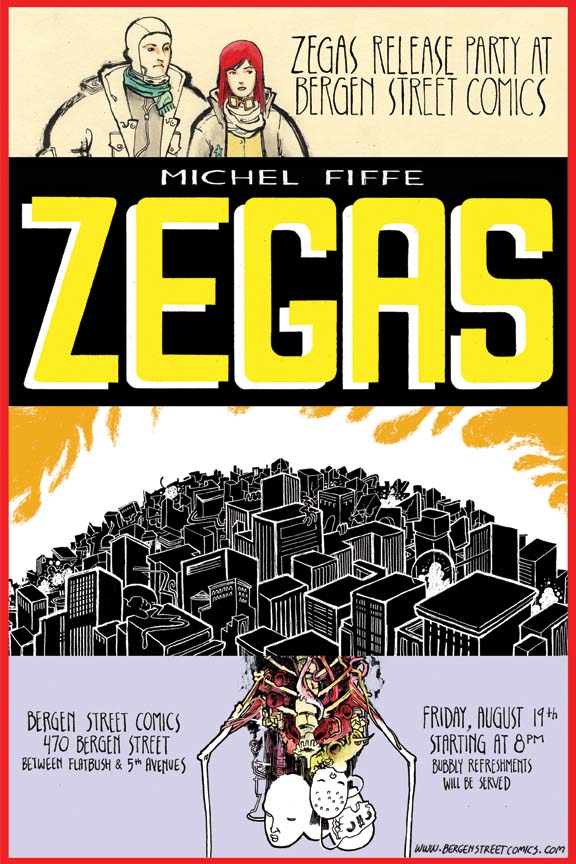 The following morning had us setting up at the Baltimore Comicon. Dean Haspiel was kind enough to share his booth in the main room with myself, Kat Roberts, George O’Connor, Natlie Kim, Reilly Brown, and Chris Miskiewicz. I’ve signed and sold comics before, but never something that was entirely my own. In the same way that working comics retail and doing work-for-hire assignments are helpful, nay, essential in understanding the inner workings of the industry as a creator, so is doing a con. Don’t roll your eyes, you. I know I’m the last person to have a table at a con, treating it like it’s a new thing or something, but what can I say? There’s a minor difference in doing it because you have to and because you want to. I have a few cons left in me before I figure out what that difference is.

I quickly made the rounds throughout the weekend. Dropped by Kevin Nowlan’s table to say hi and pick up his latest Sketchbook mini. Found out some interesting bits about a project he’s been working on for… twenty years? I know I’ve been waiting a long time for it, and it’s pretty much a showcase of everything Nowlan does best. As always, it was a pleasure catching up with him.

Spoke to Jose Luis Garcia-Lopez (in spanish!) about licensing art and inking Trevor Von Eeden. Walt Simonson held court about an upcoming project and tested my comics history by asking who Eli Katz was (I won). Back at the table I met quite a few good folks. A great aspiring inker who was told by a DC editor that he’d have 2 monthly books to work on had it been 15 years ago. A teenage girl dressed up as Ultimate Jean Grey who was carrying around pages from her vigilante comic. A Savage Dragon reader who regretted never reading the Twisted Funnies back ups once he flipped through the collected edition. Turned a teenage kid bored with superhero comics onto Eightball and Love & Rockets. Spoke to Mr. Phil (from Indie Spinner Rack) about the weird habit of collecting comics, getting rid of them in a flurry of purging, then hunting those very same comics again. Is that a common thing amongst us readers? That’s gotta be some sort of sickness.

A convention isn’t complete unless I get to shop a little, so I took the opportunity to do just that on Sunday. I made it quick so as to not leave the table alone for too long. I made sales throughout the weekend, which weakly justified my urge to run over to those long boxes.

It was worth the inner struggle. I finally found the missing issues of Wasteland that I’ve been looking for. And yes, I can always order them online, but where’s the fun in that?

Also scored an almost-complete set of Who’s Who Legion of Superheroes. A couple of you already know that I have no love for that particular title but there’s some great art in those issues that I’ve never seen before. Also, this series is the prefect primer for LoSH newbies, as it summarizes the title’s history. I may get into this Legion thing, after all.

Can’t you just get Ty Templeton to draw it all? I mean, look at this. This series is worth it for his profile drawings alone. 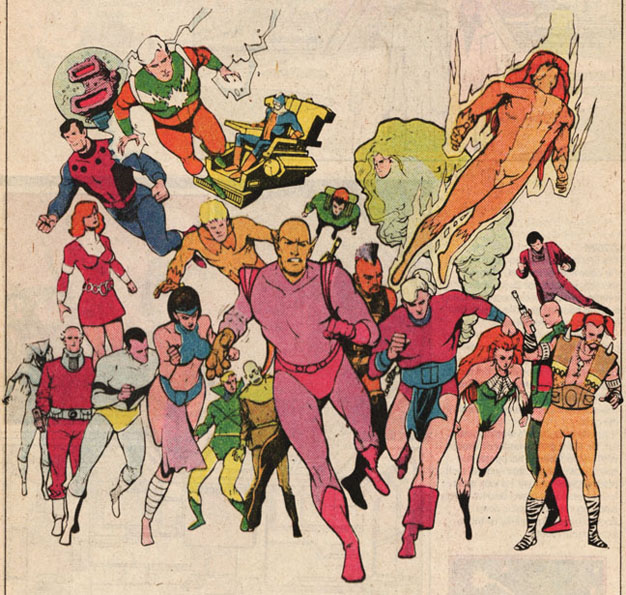 Then you also get THIS, one of Kyle Baker’s best drawings and he probably did it in 4 minutes. 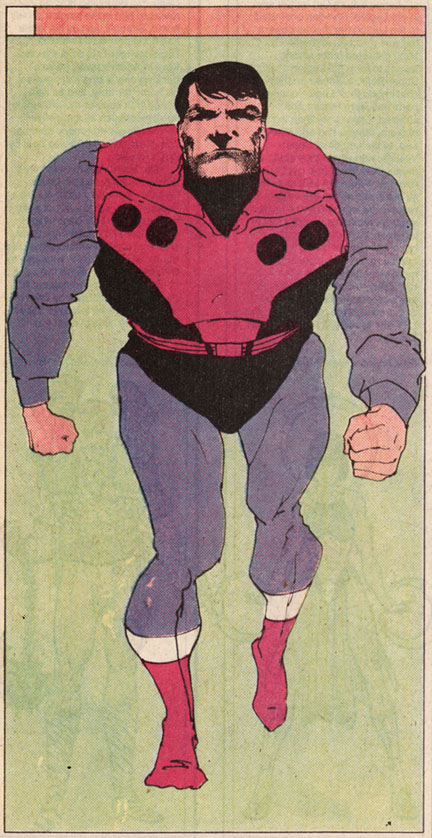 The main score is an issue of Drawn & Quarterly that I got for a dollar. A dollar! It has great stories by Marti, Seth, and Drechsler but I had completely forgotten about this Mazzucchelli gem. Everything about it kills me: the colors, the lines, the narrative, the reflection, the sky. It’s all perfectly orchestrated. 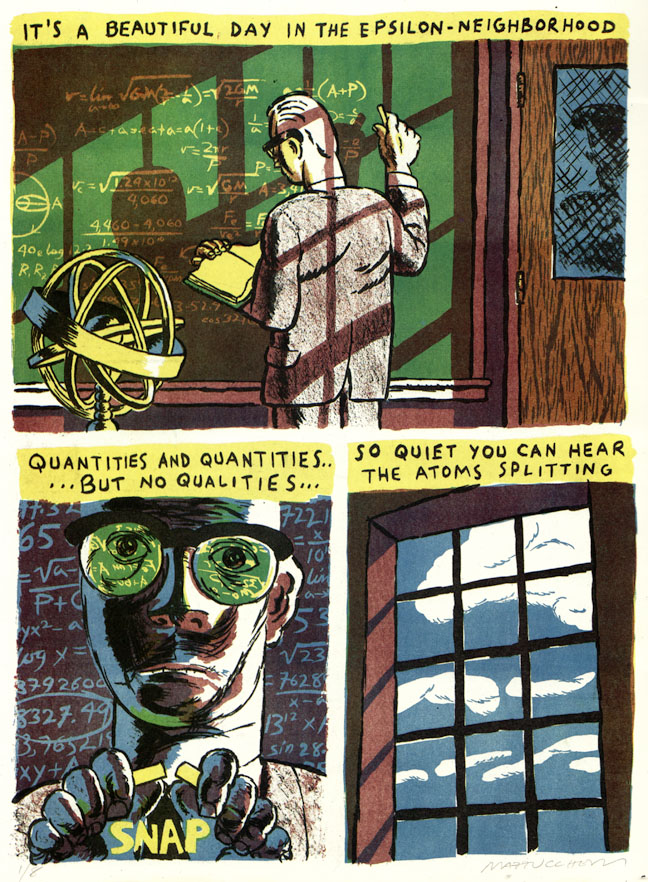 As the show was winding down Sunday afternoon, I had the chance to thank Marc Nathan for being so hospitable to all of us and for putting together such a cool, great show. The crew and I were going off on how much we appreciated Marc’s efforts. “It’s not enough”, he said, “it’s not enough.”

Between Bergen St Comics and the Baltimore Comicon, I couldn’t have dreamed of a better situation for presenting Zegas to the world. My deepest gratitude to everyone involved in making this one of the best and busiest weekends ever. And if you’re in the area, please stop on by the Bergen St. shop. They’re one of the best and I’m quite honored that they’ve taken me on.

What did Garcia Lopez say?!

Who is Eli Katz? C’mon, now… Walt didn’t know who he was talking to. LOL!

That Mazzucchelli page is great! Was it just the one page or was it a short story? The thing that gets about this are those shadows. Nice…

AND THIS: ‘Spoke to Mr. Phil (from Indie Spinner Rack) about the the weird habit of collecting comics, getting rid of them in a flurry of purging, then hunting those very same comics again. Is that a common thing amongst us readers? That’s gotta be some sort of sickness.’

I thought I was the only person who ‘afflicted’ with this. In fact, I’m on the edge of a purge right now. I’m trying to do better. You and me have got to hit some back issue bins together one of these days.

I want my Teen Titans X-men crossover back.

How did you guess, Tim? Walt’s been itching to draw Deathstroke since the 80s. Now’s his chance!!

That Mazzucchelli piece is a one pager on the inside front cover of D&Q #9 (July ’92).

And yeah, that “collector sickness”… I’ve gone through phases where I’ve tried to maintain a strict library, only keeping the comics I truly love and study. But now and again I don’t want to study a masterpiece, I just want to skim a piece of nostalgia or well crafted oddity. Also, moving around in the city year after year is not conducive to holding onto longboxes. Makes you hate the stuff!

That is truly the best Robin ever. Like, ever ever.