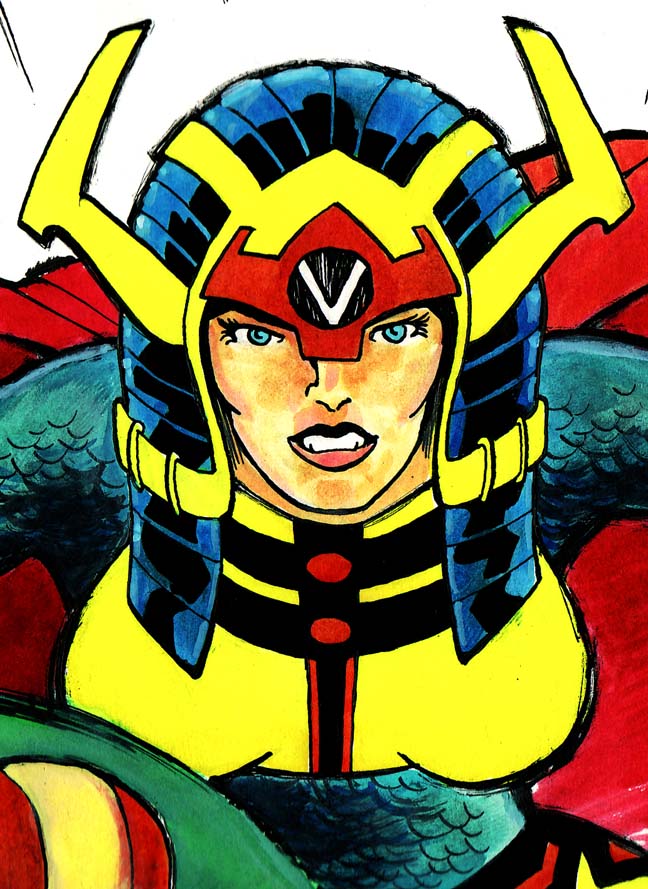 George was kind enough to take time away from his massive Olympians project in order to pencil something for me. He chose the New Gods’ favorite married couple Mr. Miracle and Big Barda. Both are Jack Kirby characters and it was a treat to work on them. 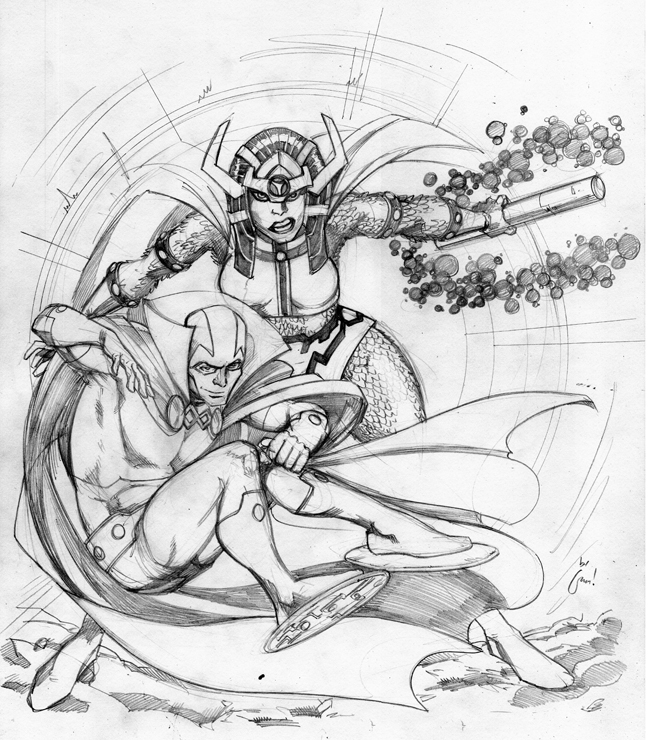 …and here is my inked version. 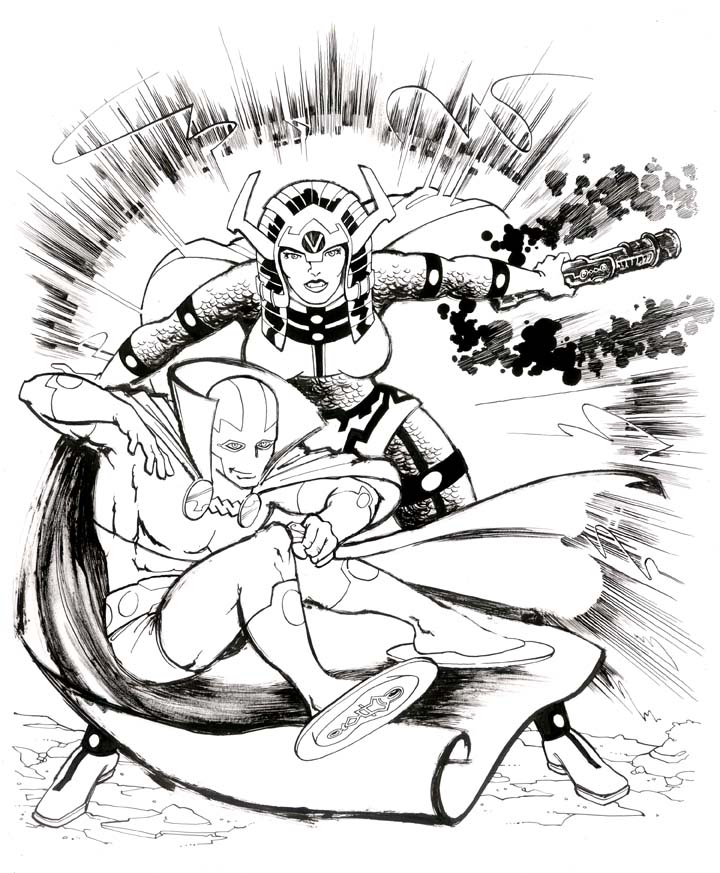 I had to reference Big Barda’s costume a little. I looked through the old Kirby material, but he changed the costume every other panel! Although I usually like stuff like that, I just wanted a solid, consistent look for me to go on (I didn’t want to snazz up the costume… I mean look at it, it doesn’t need it!) So I looked at the Ty Templeton issues of Justice League International (#20 & 21) and those helped a bunch.

I fell in love with Barda’s costume. I just want to draw hundreds of pages of Barda… Barda fighting, Barda cooking, Barda crushing someone’s head, Barda sleeping, running, typing… always with the helmet on. I thought it was weird how I had never drawn this character that was clearly created for me to draw, but then I remembered this:

This page is from a Justice League comic I made when I was 10. What can I say? I was trying to ape Keith Giffen & J.M. DeMatteis’ JLI comics. So I guess I’ve always been into Big Barda, even back when I drew her like a dude with arms that looked like sacks of potatoes. That must be love.

Thanks again, George! And no I haven’t finished coloring it. That may take a while longer.

Up Next: Mr. O’Connor tries his hand at inking what may be my cleanest pencil drawing yet. It’s one of my favorite superheroes and his name starts with BETA. See you then!

*Actually, I penciled a 2 page cityscape once that was beautifully inked by Simon Fraser, but that’s it.

6 replies on “I’m Running My Inkpen”

Me want to Inky up Barda too!

This does my heart proud. I’d love to see your take as well, Simon– in fact, anyone who wants a crack should email me and I’ll send out a high res scan of the pencils. Fiffe and I are doing it on the original art, though, because we’re so hardcore.

I’ll hopefully be having Fiffe’s mysterious Beta piece up this week.

Fun stuff guys – I love me some Barda and it so happens that her costume and that of your Beta friend are my two favorite in comics.

I really dig the effects inking and what you did with the cape. What are you coloring with? Some nice subtle tones in there.

I saw this being worked on and want to see that Beta Ray get inked too!

Thanks, Michael. I colored this some gouache and some color ink. That’s what I generally use, as well as markers, pencils, watercolors, acrylics… anything that’s lying around, really.