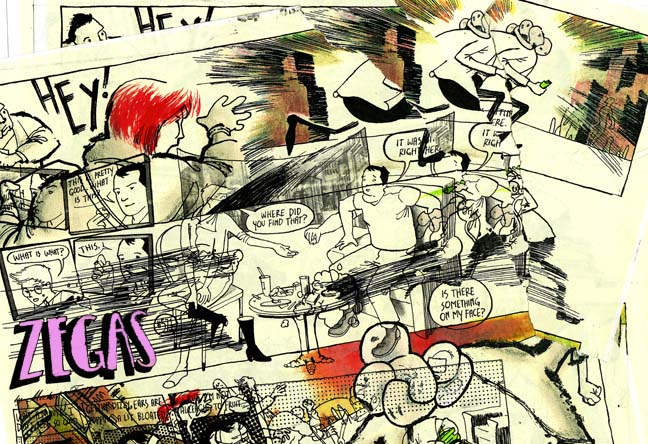 More reviews coming in! L. Nichols over at the Comix Cube gave Zegas #1 a great aesthetic breakdown, as did Beth Scorzato over at the new criticism hub Spandexless. They both approached the comic from their own personal and refreshing standpoints but came to the same conclusion: they liked Zegas. As did comix champ Jeff Newelt, who highly ranked our first issue in Heeb’s Best of 5771. I’m in good company in that there list.

Speaking of good company, Seth Hurley has a nice stack of comics going on here. 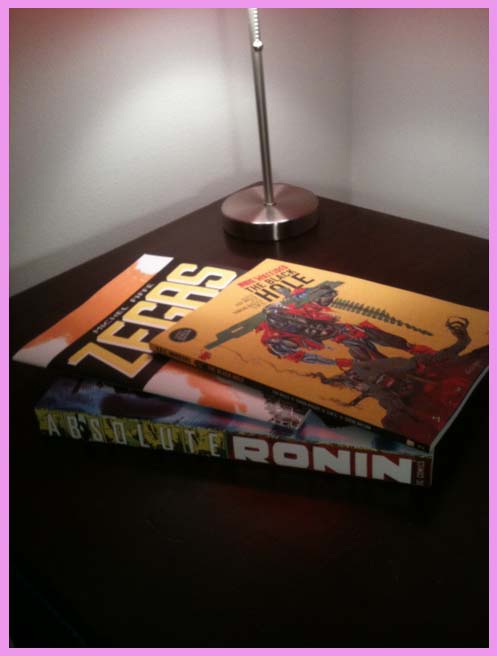 Brian Warmoth decided to take it out in public, which is just as flattering. 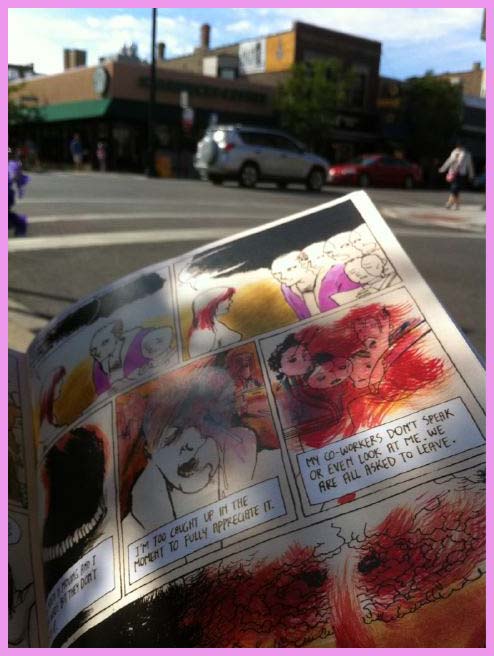 Being in the middle of creating the next issue right now is pretty darn exciting, I have to admit.

Goal’s to release Zegas #2 early ’12 so I better get back to work, but not before sharing this.

Annalemma gave a nod to Cousin Corrine’s Reminder #3. Amongst the cartoonists featured in its Comix Block section is I, my contribution, shown above.

Okay, now back to work for real.

One reply on “ZEGAS #1: More Links, Pics, and Reviews”

This has to be all very gratifying. You must be a proud papa.
Now get those birthing hips ready for issue 2. LOL!