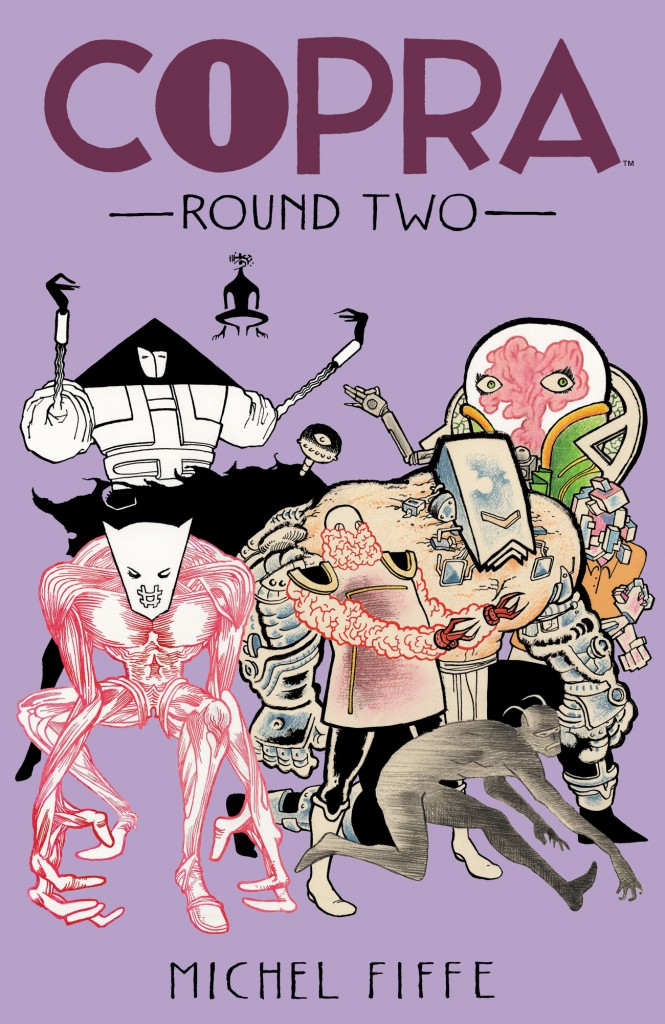 COPRA Round Two will be released January 2015 and will be available for PRE-ORDER really soon!

Next Saturday November 8th I’ll be at Comic Arts Brooklyn. I will have tons of comics on hand: COPRA Round One, COPRA issues, and the complete ZEGAS set of comics. Get them all there at TABLE D27.

Check out the Comics Therapy podcast to listen to me ramble from the couch. Oh, yeah, and on CBR, as well! 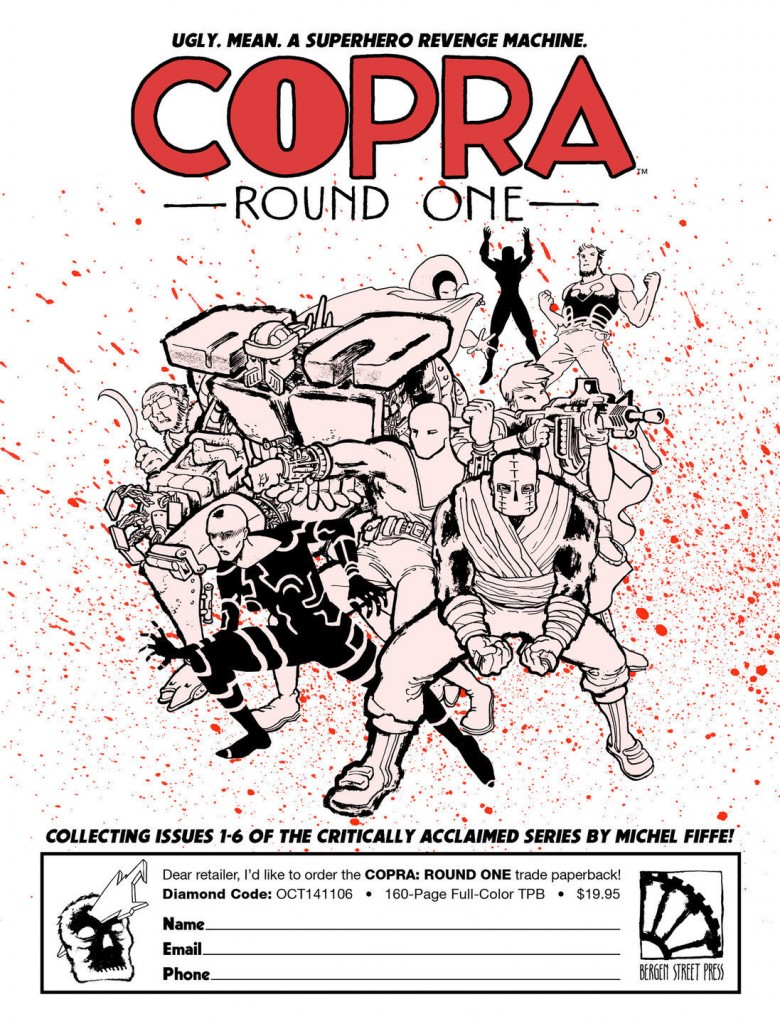 Think you’re gonna get the urge to go a comic shop anytime soon? Does that store like to order directly from Diamond? They might even be interested in ordering COPRA: ROUND ONE — and you can make it easier on them. Just print this Retailer Order Form (above) at home and take it to them. 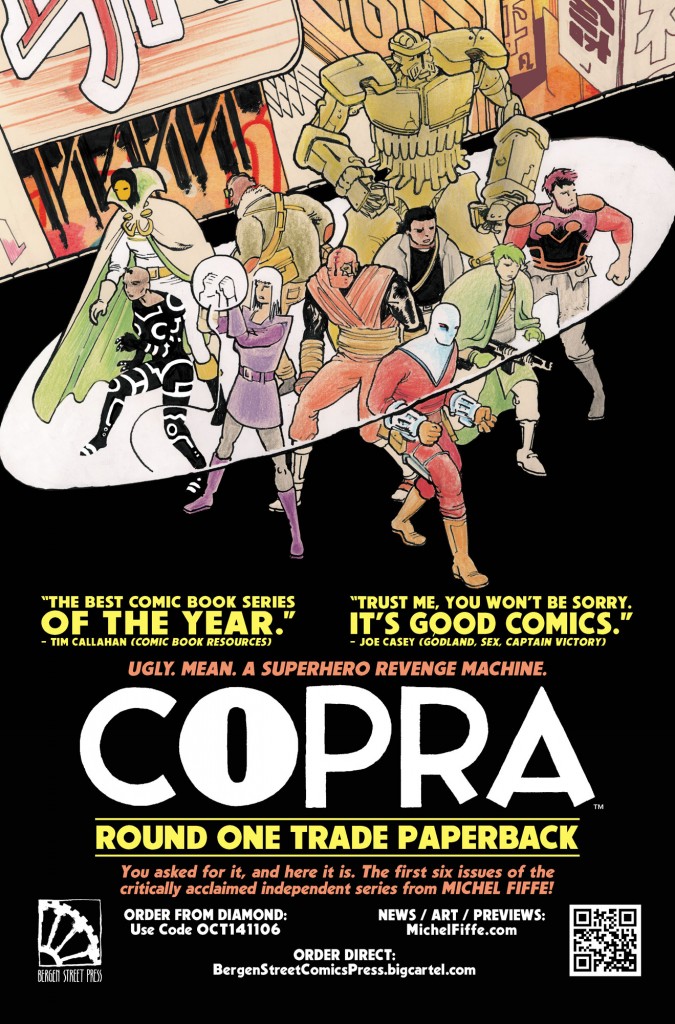 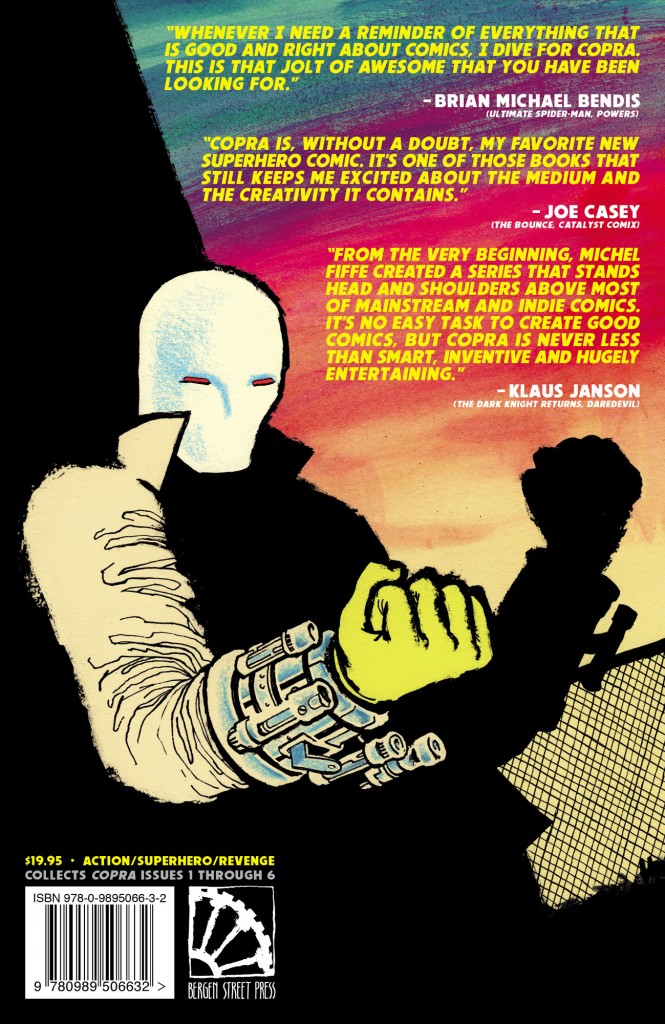 COPRA: ROUND ONE  is to be published by Bergen Street Press! It collects issue 1 – 6, available for pre-order this summer, and will be on sale September.

Unfamiliar with COPRA? READ ISSUE ONE FOR FREE, drop in on Comics Alliance, or just go by this trusty description:

“They’re ugly. They’re mean. But up until today, they’ve always been loyal. So when one of their own betrays them, the men and women of COPRA have no choice but to turn their nightmarish skills back on every son of a bitch who ever looked at them funny.” 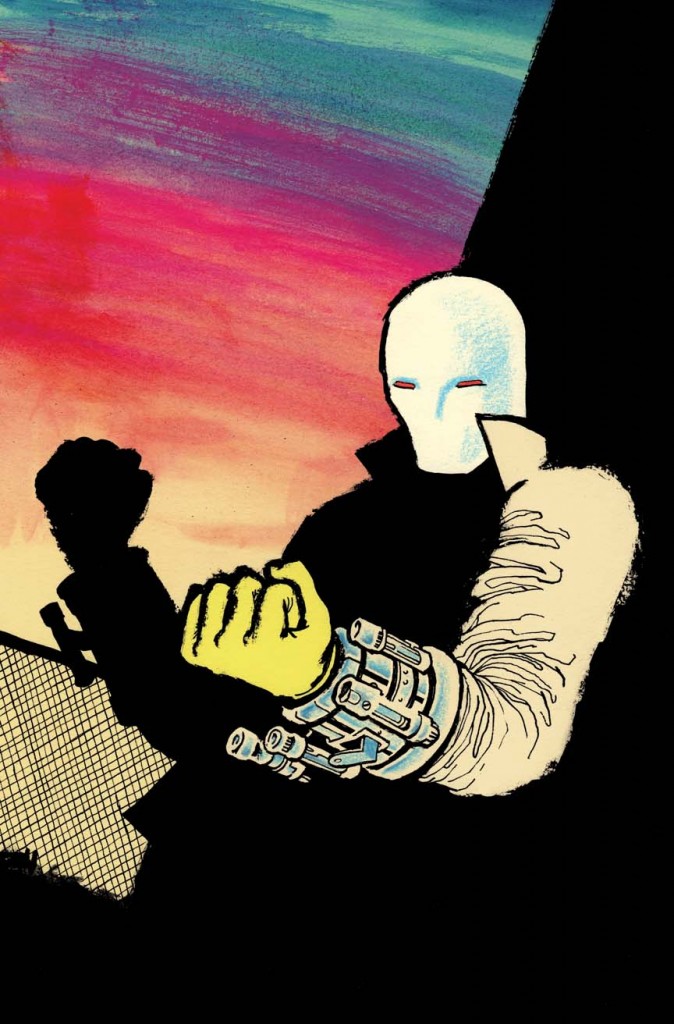 Now that COPRA has reached its 12th issue, plans to collect the series are underway!  For now, here’s what is currently available…

You can get whatever issues I have left HERE, at my Etsy store.

Bergen Street Comics are running super low on the compendiums (which reprint the original issues in 3 part chunks). In fact, they may be sold out by the time this message reaches you! If you’re in Brooklyn, stop by their store.

But you may also want to inquire with the comics shops listed at the bottom of THIS POST.

If you’re new to this neck of the woods, stay tuned and we’ll have some more COPRA ready to go sooner than later. Follow me on twitter, Facebook, or tumblr and I’ll make sure to keep things informed and up to date. Thanks for your patience! 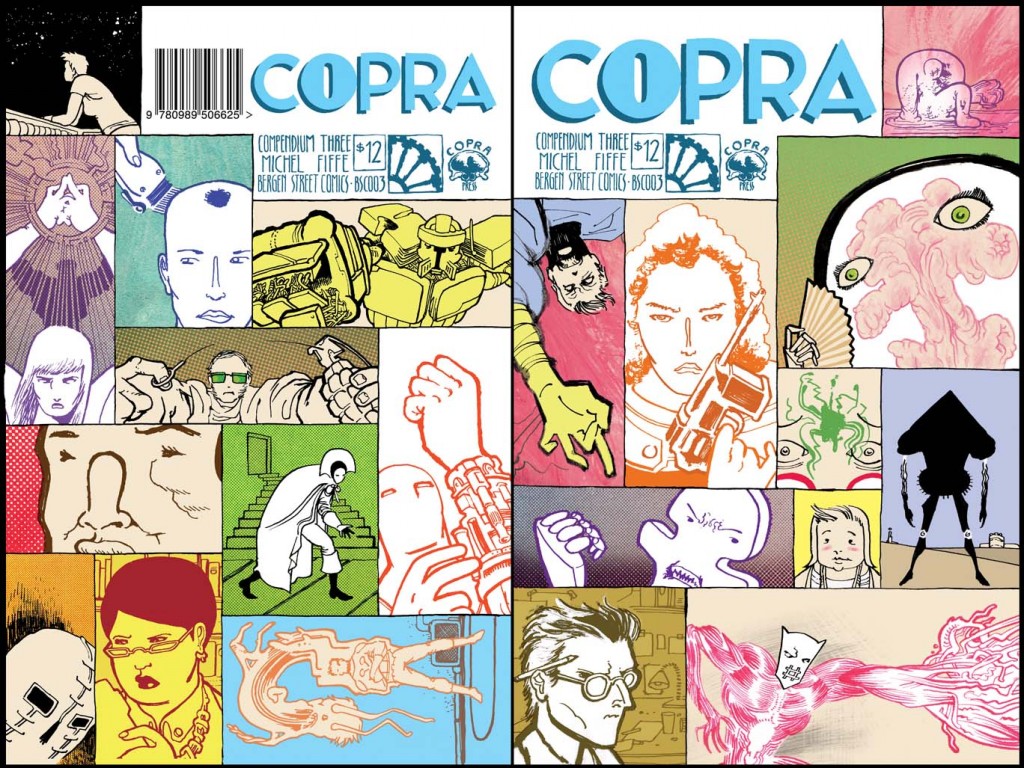 Copra Compendium 3 to debut at CAB this Saturday, November 9th. 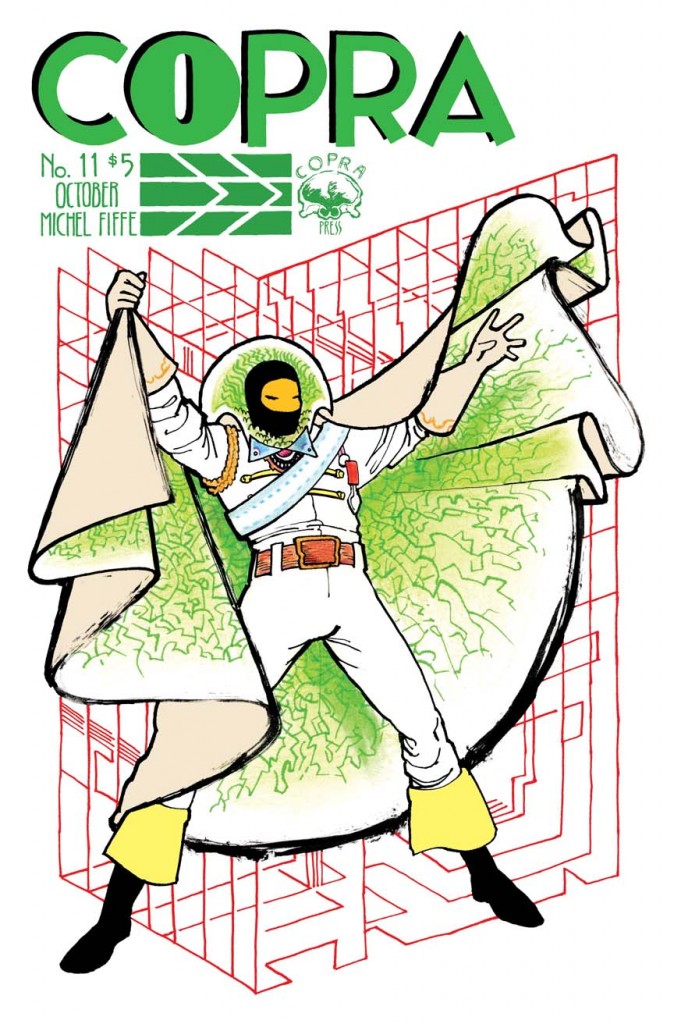 Copra #11 exists, it’s in print, and it is here! This is the penultimate chapter in Copra’s first major arc and it introduces a bunch of new persons of interest who I’m sure you’ll learn to love.

(Urgh – then there’s the fact that this is all coming to a halt soon… not a complete stop, mind you, but this is it – home stretch, almost there, hang in there, baby.) 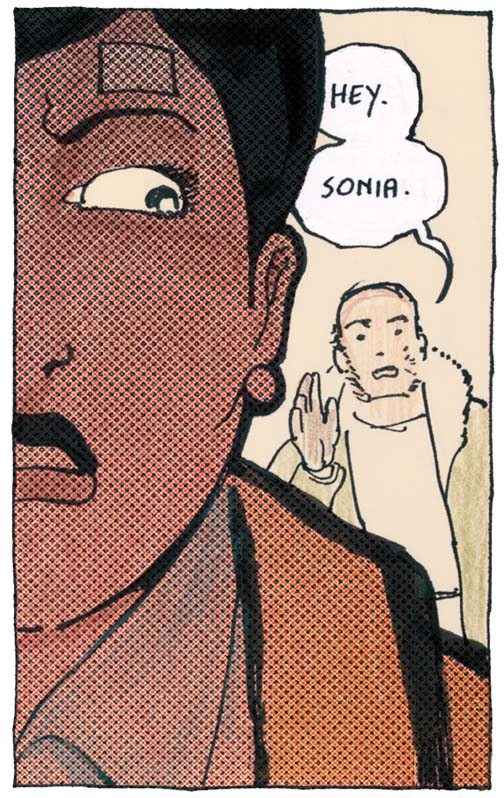 NEWS: I’ll be at Comic Arts Brooklyn this November 9th. I’ll be peddling comics including this: 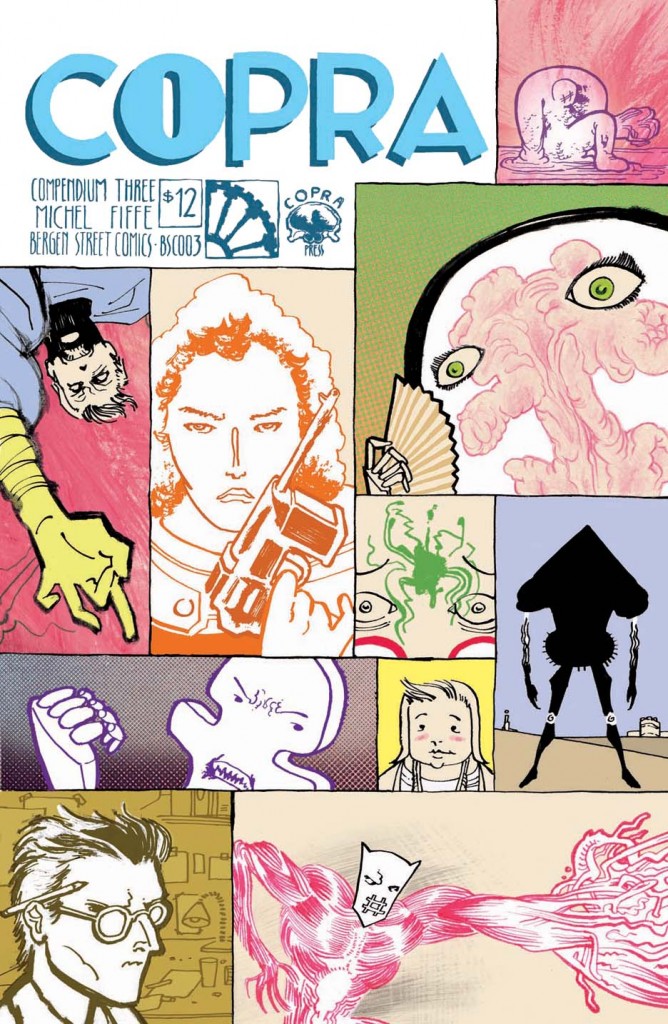 That’s the third compendium (collecting Copra #s 7 – 9) and once again, the wonderful Bergen Street Comics crew have expressed their support by way of putting this collection out in the world (on sale 11/9).

Copra #11 is the last issue that will have art in the letters page only because there will be no space in #12. Here are the ones that made it in: 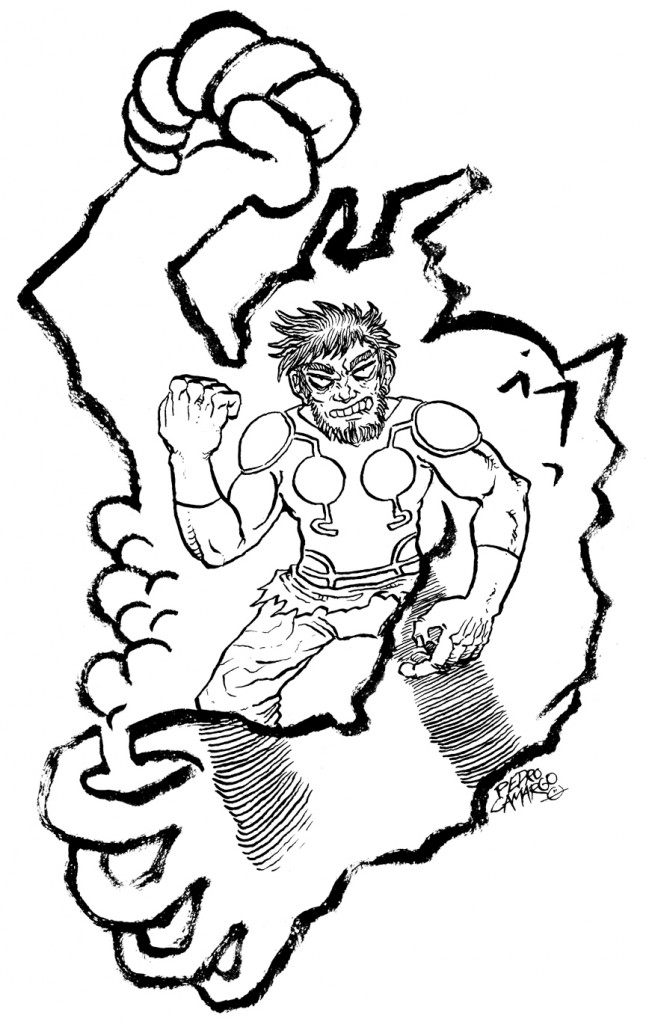 On top of making comics, Pedrozilla happens to like stuff and occasionally say things. 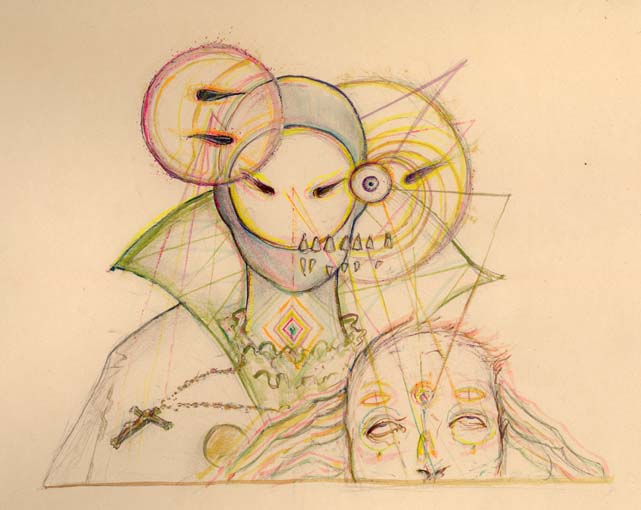 Jason makes music videos, works on movies, and works in the theatre of the mind. 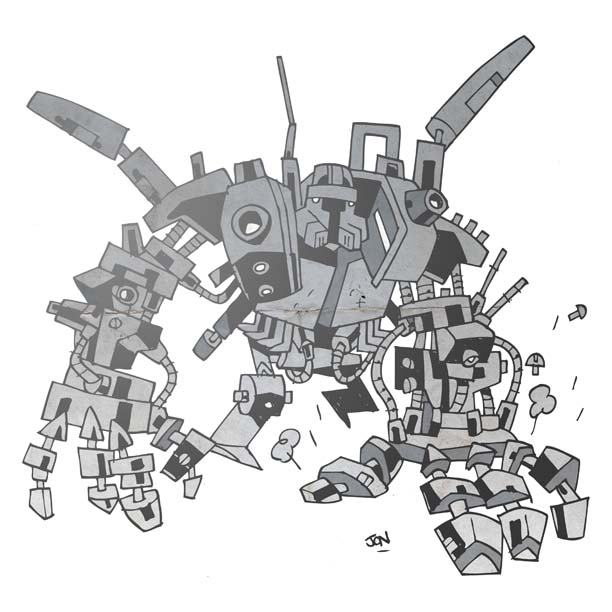 Jon has an art/appreciation tumblr and was the force behind Relaunched! and OHOTMU Redux.

There were a couple of character pieces that I received after the issue had gone to press.

…and a shadowy Rax from creator Jamie Hibdon! 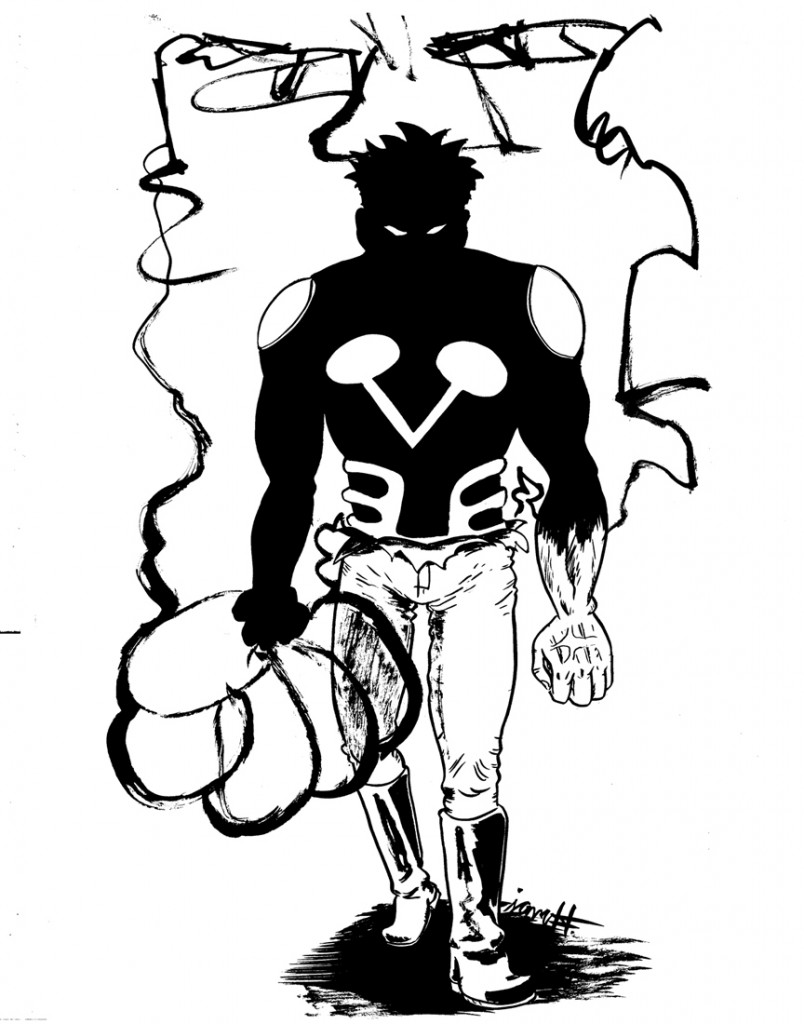 Receiving these renditions of Copra characters never fails to be the coolest thing. I’m glad I got to squeeze a few of them in.

Before you know it, big issue twelve will be here. In a month, in fact! 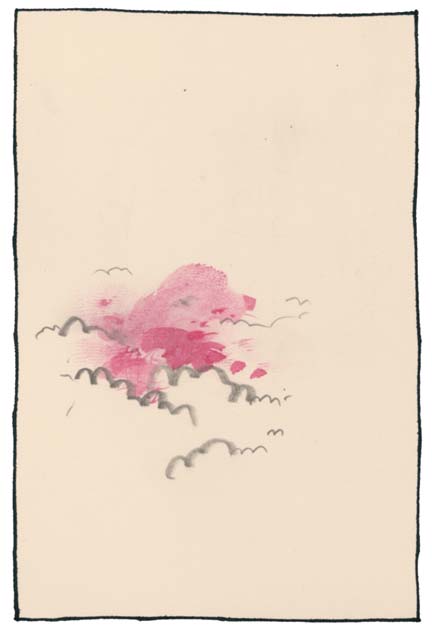 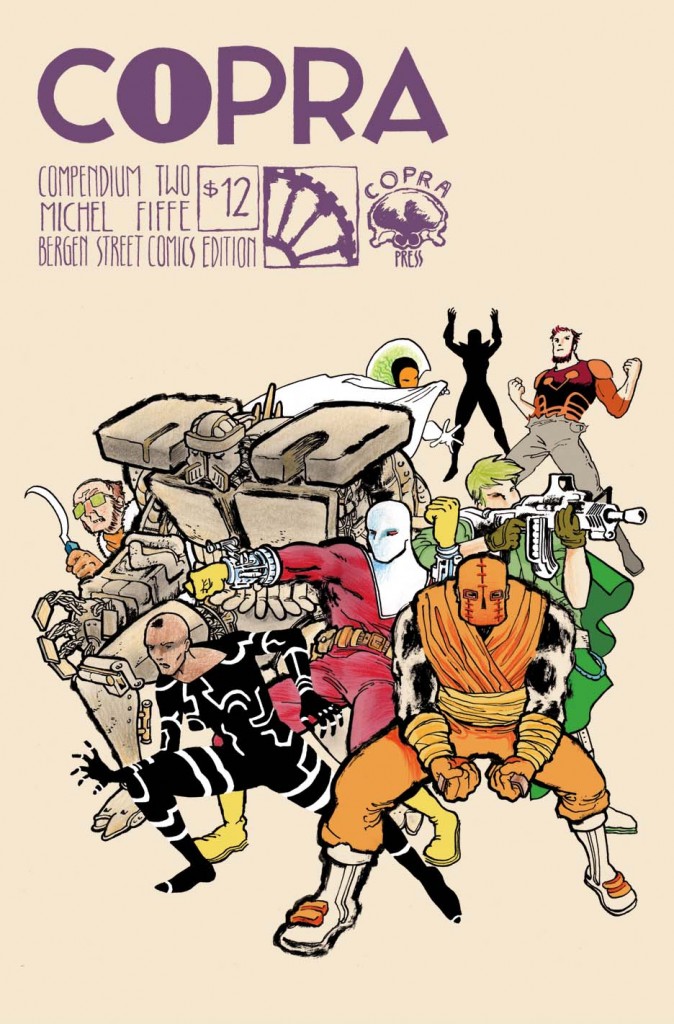 The second Copra Compendium has arrived and you can buy it here! Bergen Street Comics Press has collected Copra issues four, five and six, coming in at 76 pages colorful, loving brutality.

See that group shot up there? I bet you can tell that’s new art for the cover… and it is (the compendium also includes the original covers, but I wanted to do something new).

Also available is the new printing of the first Compendium (collecting issues one, two and three). That one’s also a 76 pager and includes a new back cover, too.

So catch up on your Copra and check back in for further issues (#7 is already on sale). The eighth issue will be available very soon, it just needs to get printed and shipped right after I color it! Here’s a brief look at the home stretch.

Thanks to the established readers of the series – I hope you don’t get tired of me saying how much I appreciate your support – and thanks to those of you trying out Copra for the first time. We think you’ll love it, but let us know what the verdict is. 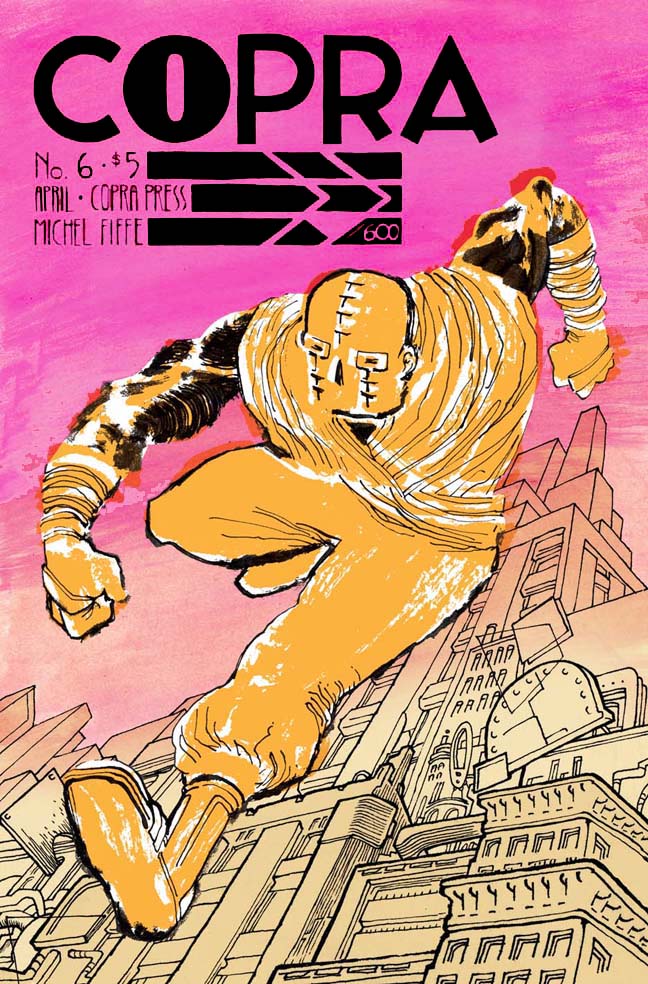 Copra #6 is now available! This is the second part of our Tokyo adventure, the brutal climax to the crew’s main mission: stop Vitas. Call it a boiling point, call it endgame, call it a reason for me to draw a lot of broken glass, but this concludes the first Copra story arc with a bang. 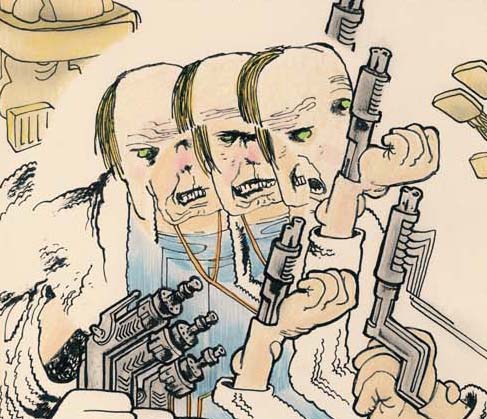 Things don’t stop there. I have plenty of stories lined up, characters to introduce and established ones to explore: more comics in 24 page color bursts every month or so. For now, I’m very happy with the way this first arc turned out and I can only hope you feel the same.

Quick reminder: be sure to get the Copra Compendium (released by Bergen Street Comics Press); it collects the first 3, out of print issues.

Now back to the boards. See you in May. 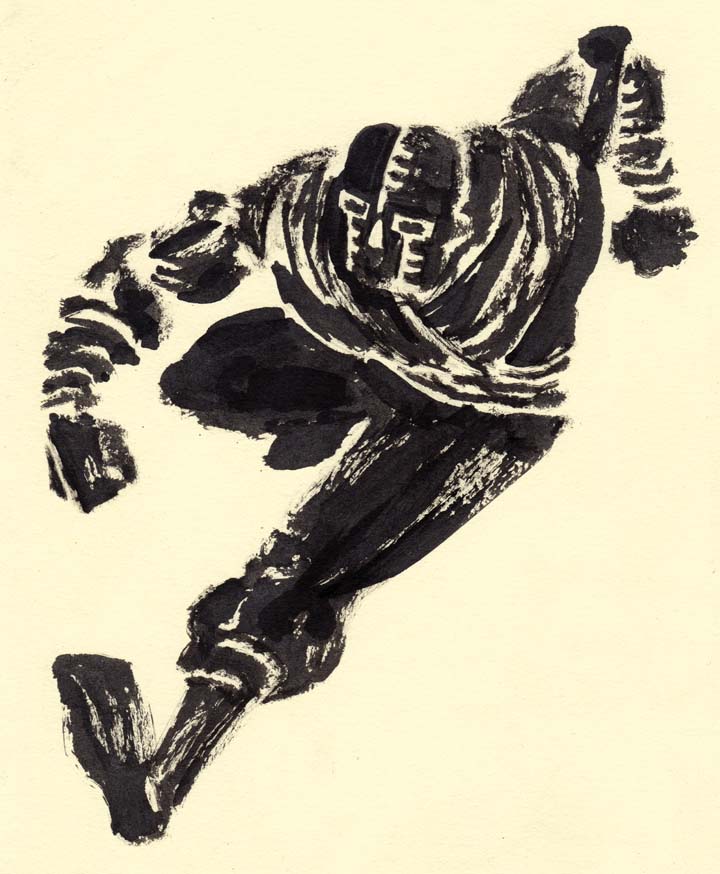 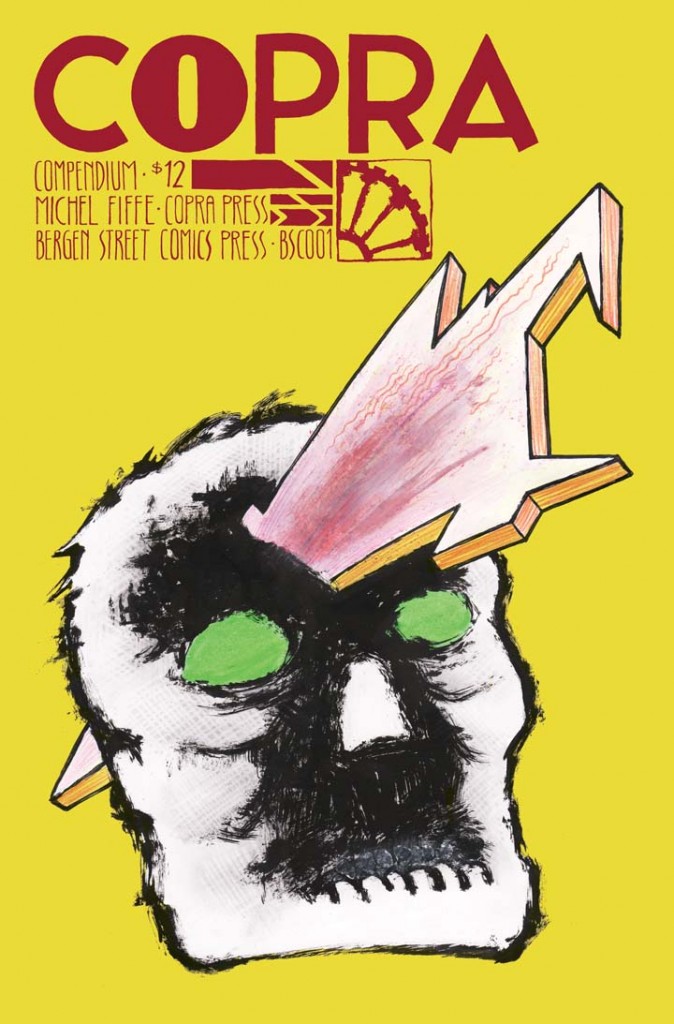 The Copra Compendium [BSC001] collects the first three issues of the new nearly sold out action series, 72 full color pages with a couple of new bits of extra art. It’s the perfect jumping on point and a good chunk of comics in one solid package. It will be making its official debut at this year’s MoCCA on April 6th & 7th, so make sure to visit Bergen Street Comics at Table F179 and Copra Press (Kat & myself) at Table F178.