The third issue of Copra just showed up on my doorstep and is ready to go without a minute to spare! You can buy it here! 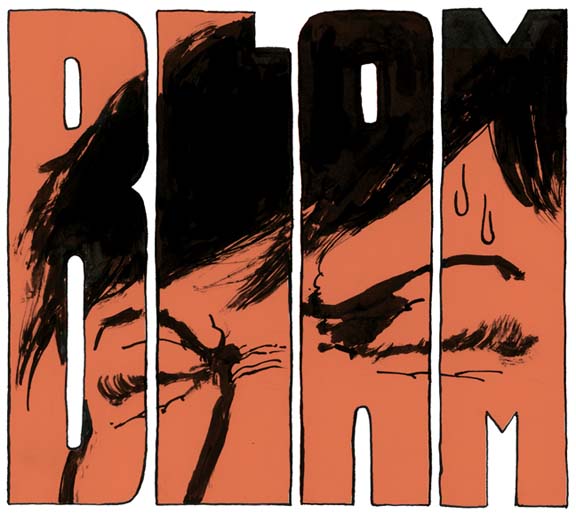 Continuing where the adventure left off, we meet some new characters who finally complete the Copra line-up to be reckoned with, as well as the next step in their on-the-run scramble. Bullets! Parades! Dimensional portals! Demolished bodegas! Colors! Ink lines! What more could you possibly want out of a comic? 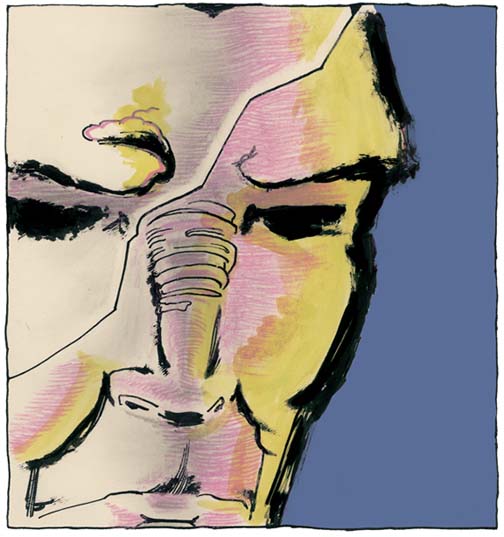 Some of you have asked about a collected edition or about digital distribution. Those are distant concerns, faint possibilities that may or may not happen. I’m concentrating on putting these issues out on time, having them retain the quality I’ve set for them, and making each hard copy as special as possible. That much I am certain of.

I hinted at this last month, but Copra will very soon be carried by a few shops overseas. I’ll let you know the sordid details as soon as I get them. For now, these wonderful comic book stores are happy to carry Copra: Bergen St. Comics (Brooklyn), Floating World (Portland), Zanadu Comics (Seattle), and Mission: Comics & Art (SF).

Oh, yeah… and I also have the second printing of the first issue available! Grab it if you didn’t the first time around.

Don’t forget, pick up Copra #3 and I’ll see you next month, unless I end up posting about the art of the fight scene (or something that’ll give me an excuse to scan old comics) first.

So the new year has finally come and upon reflection, 2012 wasn’t so bad after all! I’ve been a [micro?] publisher for over a year now and have launched a new title: COPRA. Here’s a brief look back on the recent nods. 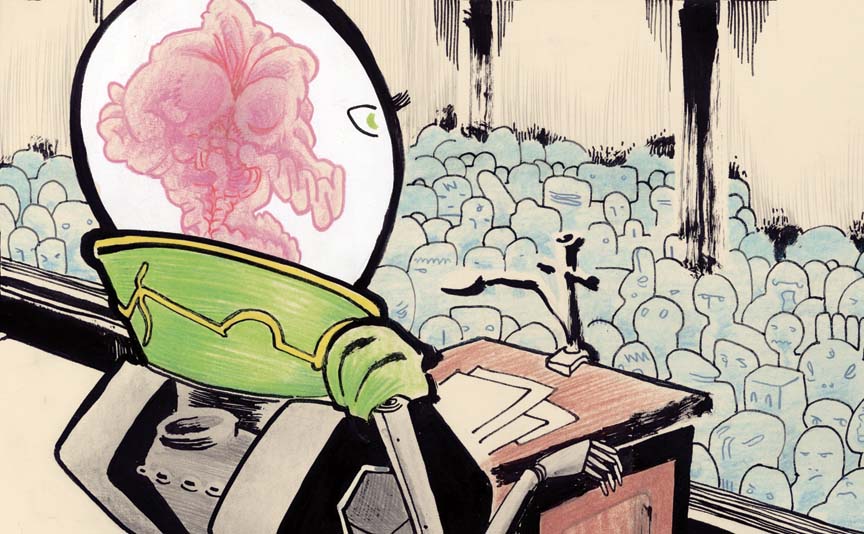 Tucker Stone included my comics – Copra, Zegas & Deathzone! – in his sharp, personal Best Of list for The Comics Journal. Tucker has been more than instrumental in getting me through those first few Copra issues by saving me from comic book cabin fever. Big thanks to Matt Seneca and Abhay Khosla, too.

Comics Alliance braved a massive look back in 5 parts, and Copra made the cut in Part 4 a.k.a. The Hellboy Memorial Awards. Major thanks to Dylan Todd, Chris Sims, Caleb Goellner, and Joseph Hughes for their continued support.

Comic Book Resources had a multi part list of their own, and my comics snuck in there thanks to Timothy Callahan and Sonia Harris. Timothy also  gave us his own Ten Best in his CBR column When Worlds Collide.

Jim Rugg and Ian Harker, their respective shout outs were much appreciated. I also spoke to Seth Jacob a little and Terrence Stasse Moreau broke it down, which is really a gross understatement considering all the thought and work behind his posts.

To all the new readers who hopped on board this last year! Oh, and Annie Koyama, Zack Soto, Adrian Johnson and Chuck Forsman have been nothing but super cool from the get go.

The biggest thanks go to Kat Roberts, who acts as the Copra Press house editor by proxy and a one-woman army of patience and inspiration.

Last but not least, Bryan Galatis and Erik Mallo have lent their talents to making those fun short video clips every time a new issue comes out. Here’s the latest.

And just for good measure, here’s the trailer for the previous issue, which didn’t grace – no pun intended – this blog all month.

I’m deeply touched and inspired to keep on doing my Copra thing thanks to all your awesome feedback. All you readers have been really great and I’m very excited to keep making comic books for you to read. Here’s to 2013.

I’ve sold out of Copra #1! Don’t worry, newcomers, I have a reprint underway. Second printing of #1 should be at my doorstep in a matter of a couple of weeks. I’ll re-list it and make a huge stink.

Thanks to Chris Sims, the Comics Alliance’s Holiday Gift Guide featured the Copra subscription. The CA staff has by and large been supportive, so this nod is really appreciated.

Over at Comic Book Resources, Ryan Ingram interviewed me about my superhero influences and my work habits.

Finally, and on the fringes of the world of Copra, Terrence Stasse has been writing several insightful breakdowns of my comics over at Dirty Fractals.

That’s it for this week, or until I have some Copra #3 action happening. Have a happy holiday, folks, I’ll be seeing you soon.

COPRA #2 is here and it’s ready to go! This time around, the cast grows, the plot thickens, and the action continues (catch up with #1 if you haven’t already). But before you check out the preview pages below, a few things:

– Overseas Readers! I’m closing in on getting some COPRA comics in some London shops. It may ultimately be a quarterly affair but whatever happens, you’ll be the first to know!

– Reviews and Links! This has been an awesome and supportive month for COPRA. Reader response has been nothing short of flattering, and it’s been gathering some amazing reviews from Comics Alliance, The Comics Journal, The Chemical Box, Comics Book Resources, and Comics Bulletin.

– Conventions! I’ll have a table at the Locust Moon Festival this upcoming Sunday December 16th in Philadelphia. For details & directions, visit their blog or their FB page.

Enough yapping. Here are some pages… 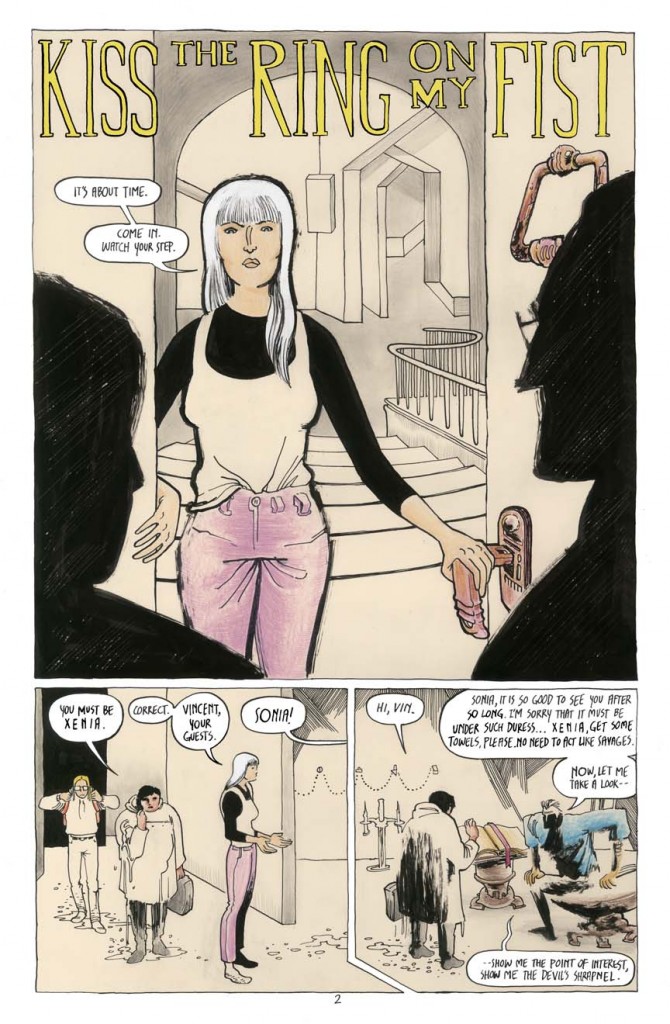 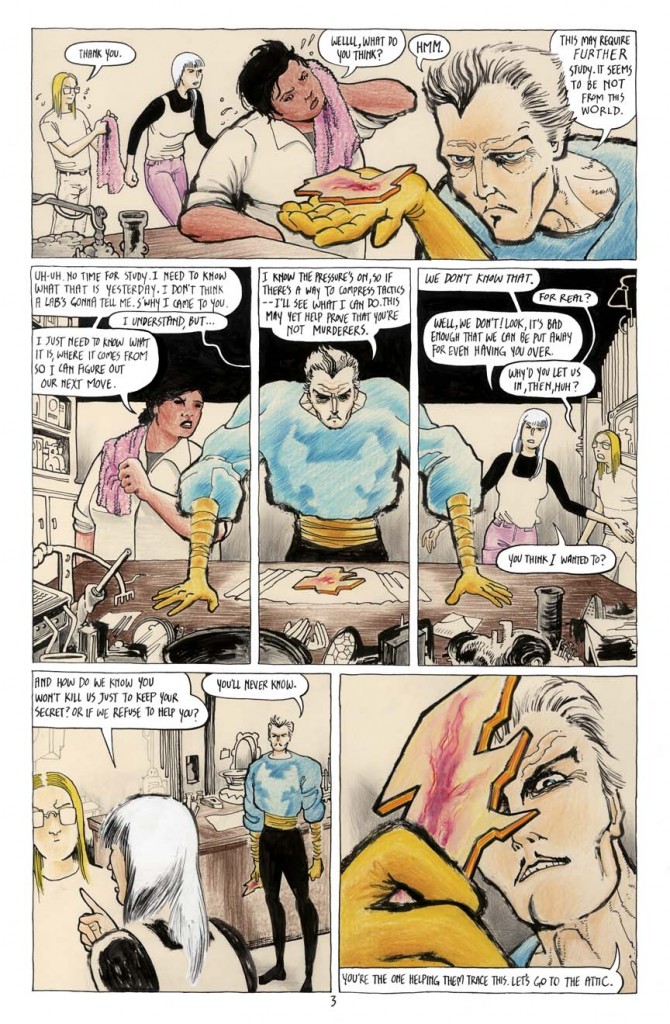 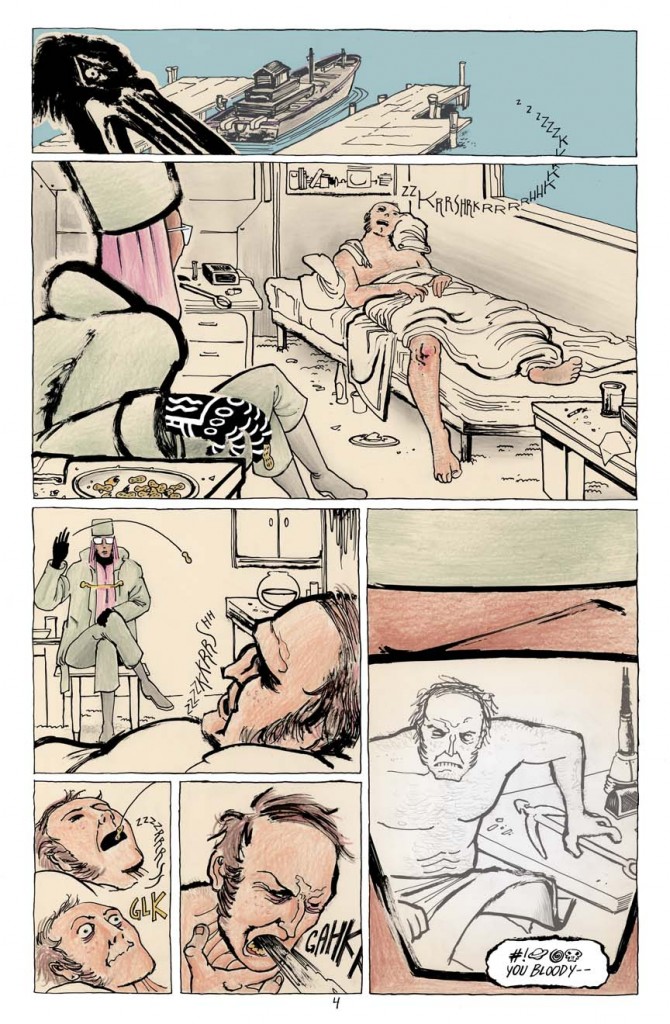 There you have it! Second issue’s here and I’m just warming up. COPRA continues to be a 24 page, full color monthly comic, so stay tuned. I have tons more characters, stories and choreographed mayhem to employ. See you in thirty. 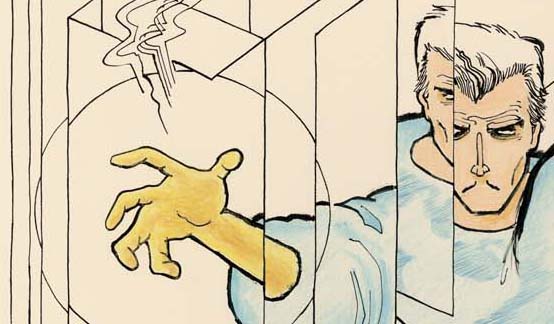 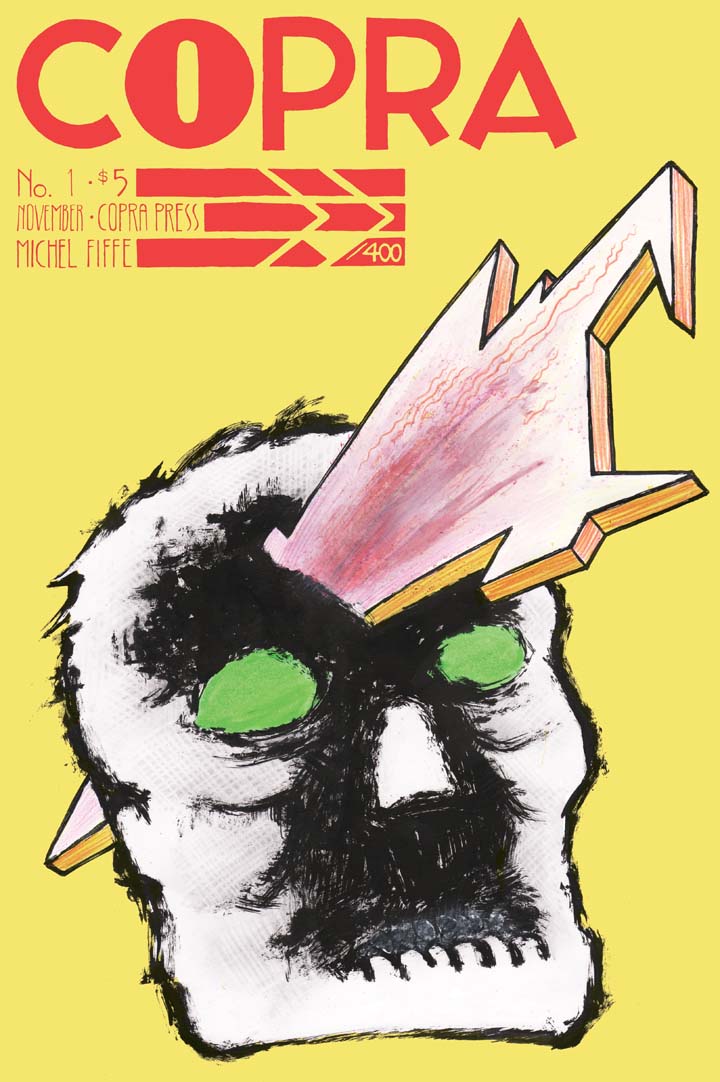 COPRA #1 is finally here and on sale!

This is my latest project, a new series featuring a slew of new characters I’ve written, drawn & published. COPRA is a 24 page, full color action comic – numbered and limited to 400 copies – that will be serialized monthly. That’s right, every month you’ll have a new issue of COPRA waiting for you.

Let’s see, how to best describe what COPRA actually is… Well, for starters, it’s the unholy marriage between my Zegas style and my Suicide Squad love letter Deathzone!

Or you can click on the individual pages and see for yourself: 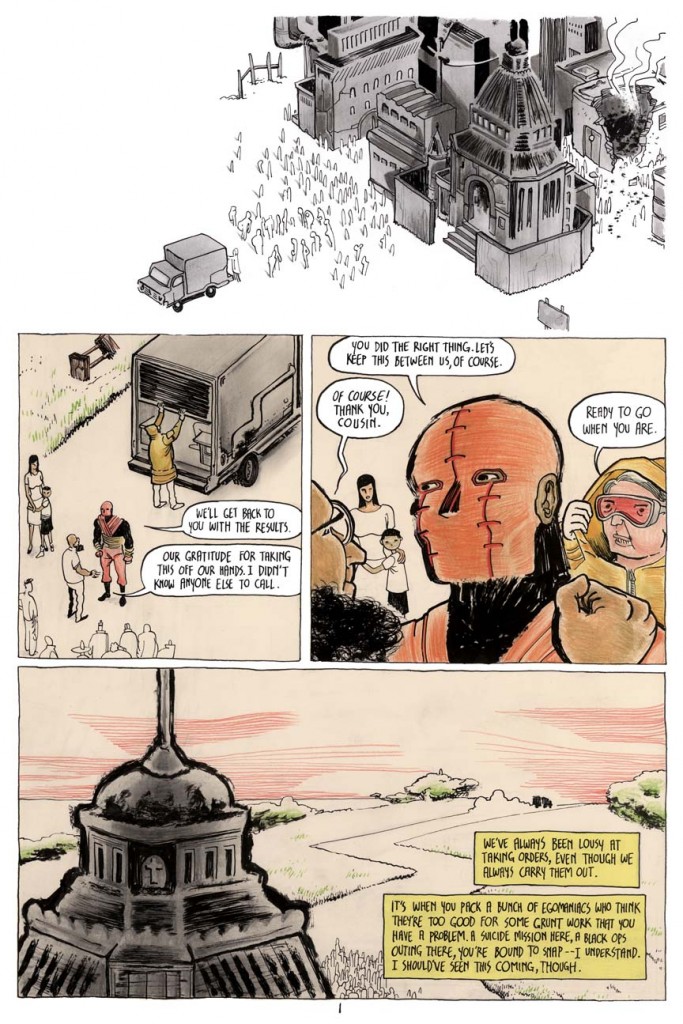 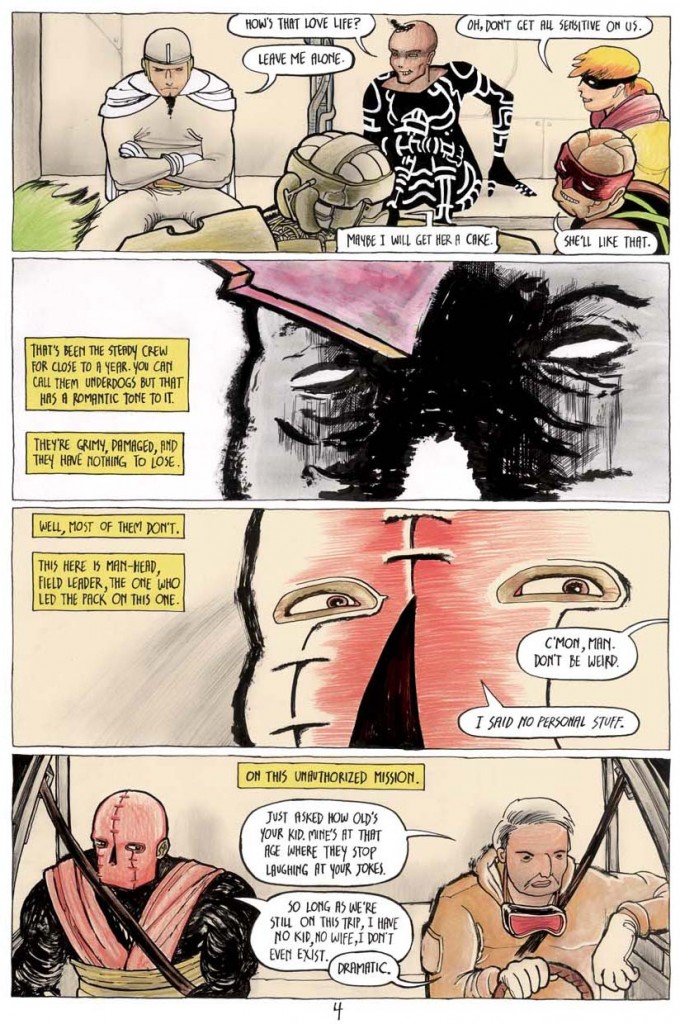 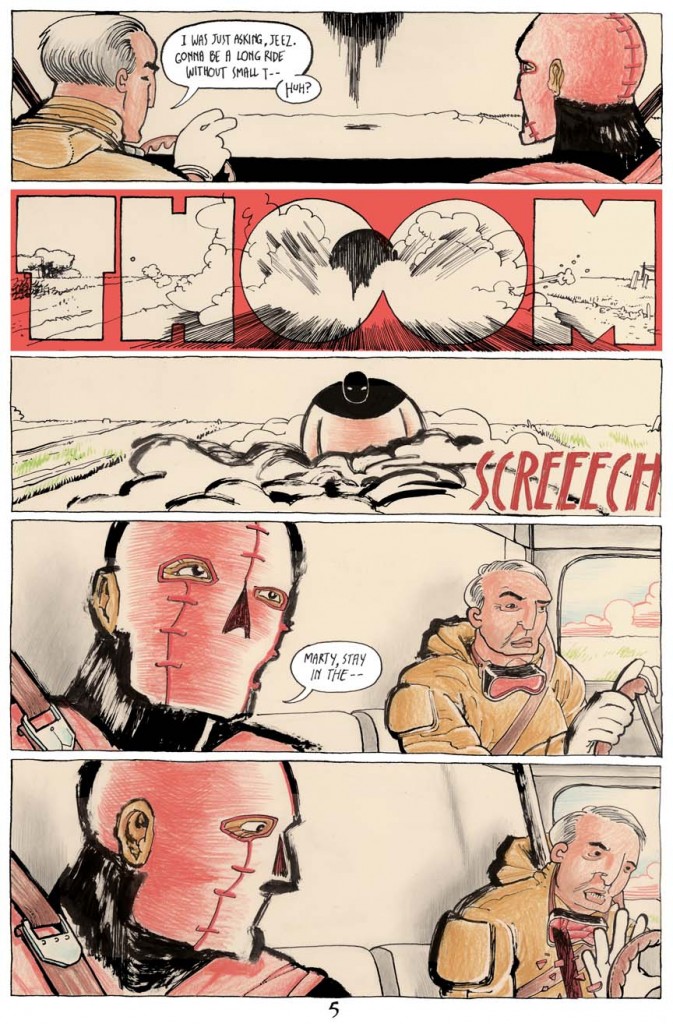 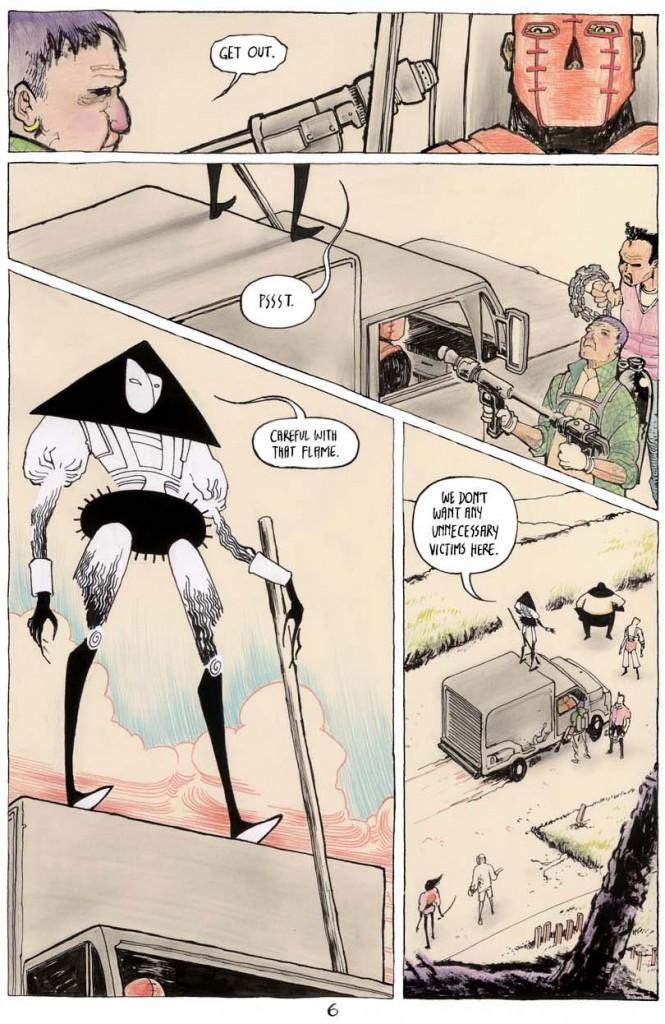 I am beyond excited for this. It’s a massive undertaking and so far it’s been nothing but a blast.

COPRA is making its official debut at the Brooklyn Comics and Graphics Festival this Saturday (table U36) , but you can still order it directly from me.

Pick it up and let me know what you think, then I’ll see you right back here next month! 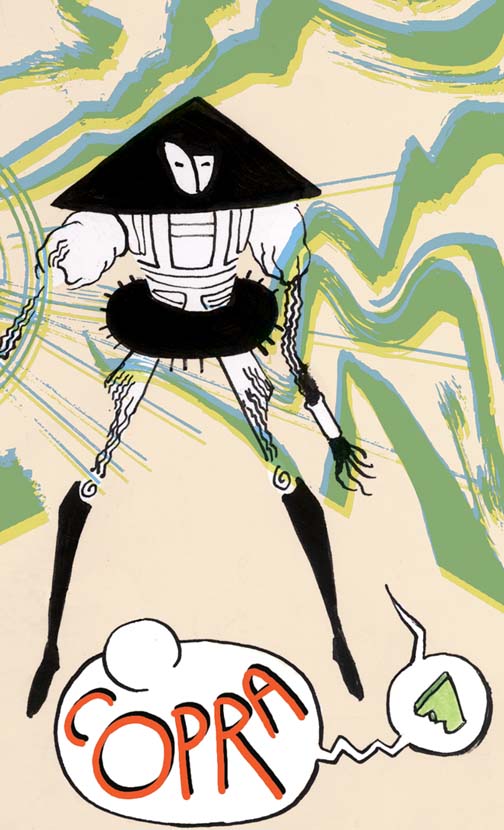 COPRA #1 will make its debut at the Brooklyn Comics and Graphics Festival this Saturday, November 10 (noon-7p.m.). It’s my newest comic book, and we’ll be selling it upstairs next to the Jack Kirby Museum, so stop by  and check it out!