The image above is the wraparound cover for the anniversary issue, Copra #25, which has its own variant cover. Limited to 35 signed and numbered copies, these “naked” (logo-less) editions were assigned to family and friends. Each copy came with a certificate of authenticity. 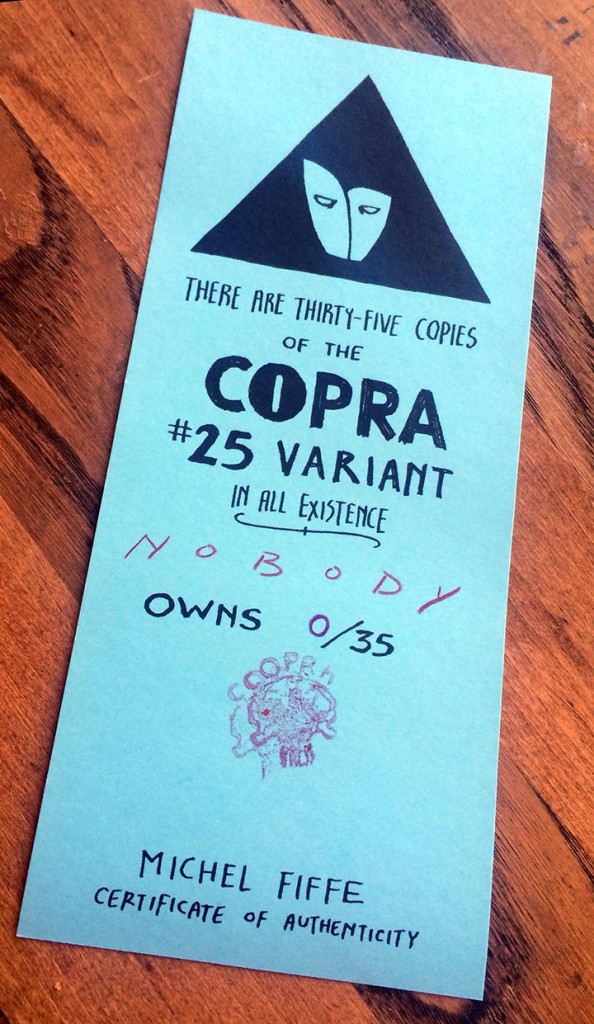 Copra’s print run is already pretty limited, making them collector’s items by nature (that’s more for practical reasons and less by design). I’ve always tried to make cool extras & incentives for subscribers, such as sketches and hand pressed prints. This time I wanted to make something ultra rare, but I also didn’t want to make it so different from the main issue that it would’ve been frustrating for readers to not have. You never know when one of these variants will pop up, though; keep your eyes peeled! 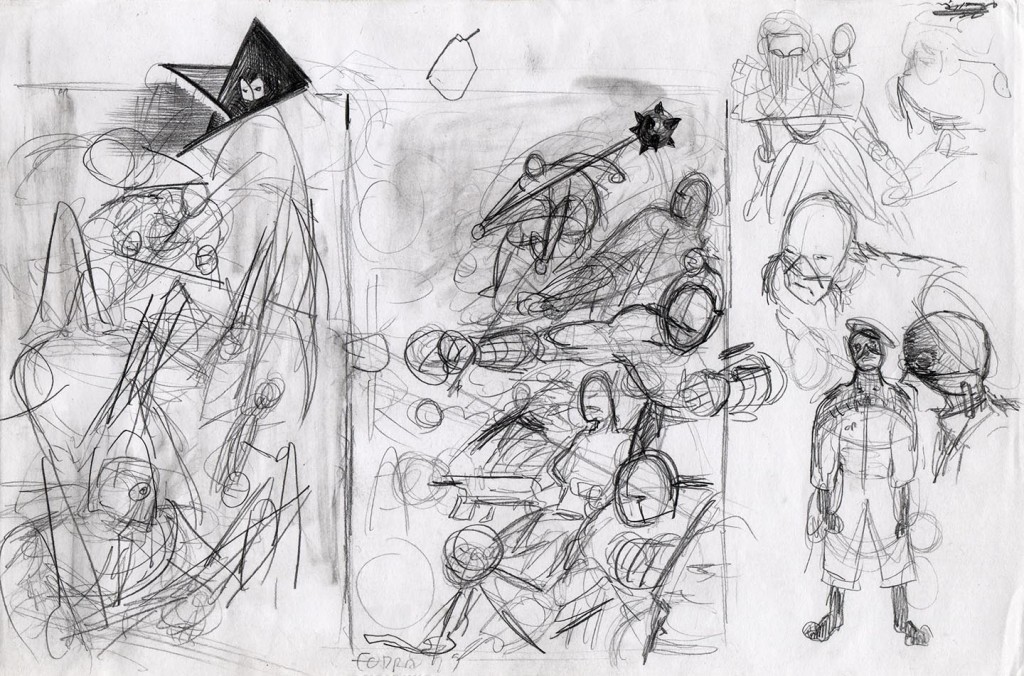 Here’s the preliminary sketch for the double cover (with some costume designs on the side). You can see more process type stuff over at the Copra Press Club.

One more thing: the season of Best Of 2015 lists is over, but let’s not forget how COPRA ranked!

Comic Books Are Burning In Hell