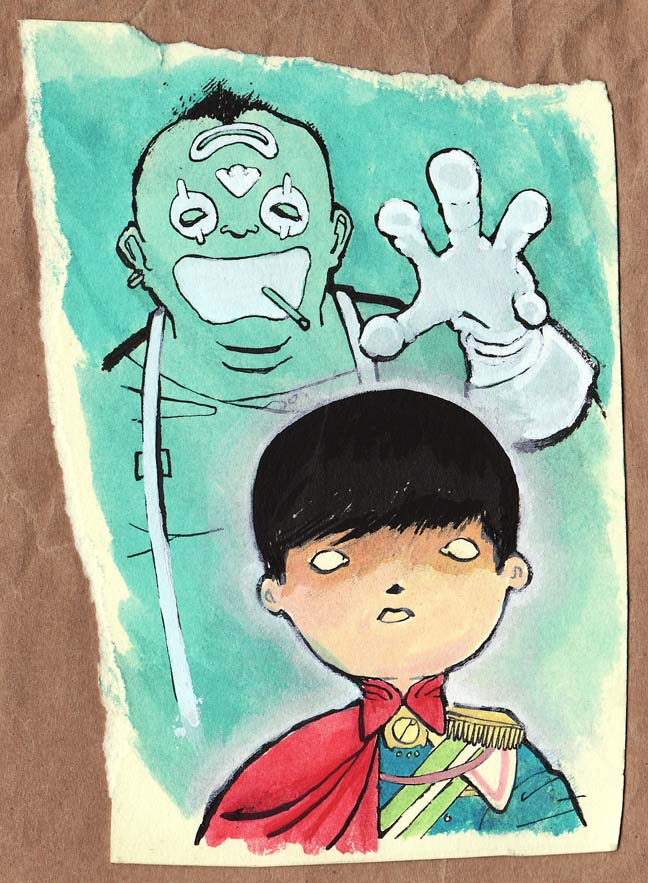 The little kid is Akira. That guy behind him is Joker. They’re both characters from Katsuhiro Otomo’s AKIRA.

AKIRA was Manga first and animated movie second, but I saw the movie first on a VHS tape dubbed in English. We now have the accurate representation of the original, but the first VHS release is the version that will always sound right to me, at least familiar. As for the comics, I was nowhere near having all of the Epic issues (which were colored and translated in English) and I was already too busy trying to collect every Steve Ditko comic ever to take on another such massive collection. I was quite willing, though, to wait for all six Dark Horse collected editions to come out and buy them in one shot. And so in 2002, I did.

Listen, man, I liked the Epic issues and all, but this was a chance to read it all in one shot. That option carried some weight with me. To this day I’m a little speechless about the storytelling in AKIRA, both bold and delicate, and I don’t think the impact it ultimately had on me would’ve been as strong if I had collected an issue here, a collection there, and half-read it throughout the years.

Originating in the movie and solidifying in the comic, AKIRA contributed to the long lasting desire I had to create my own world. My first long form comic was Panorama, which was both my attempt at loosening up and my chance to expunge my influences by embracing them. I still feel the pulse of AKIRA on a less obvious, more profound level, but I sure did love drawing the hell out of grotesque out-of-control metamorphoses thanks to my love for Tetsuo the character.

From Panorama, here’s the central character Augustus at a party. 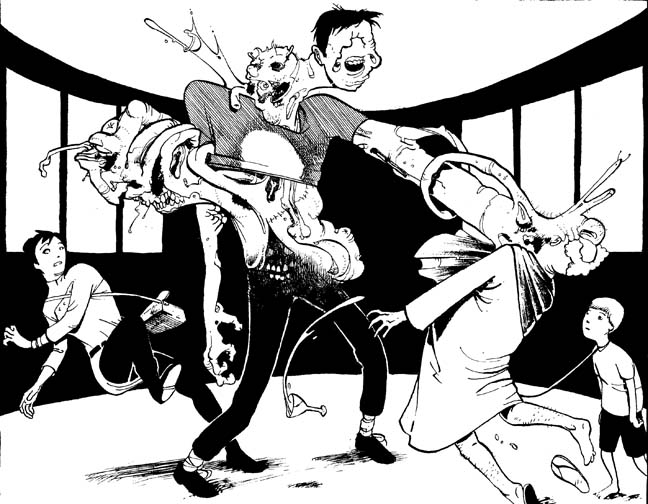 Katsuhiro Otomo dealt in braod concepts, so although he never skimped on human nuances throughout the story, the momentum of this opus may appear to lose control toward the end. It holds itself together without question, though, and to anyone who still complains that the story didn’t make a lick of sense and that it crumbled into a laughable shouting match between characters, I suggest they actually take the time to read the damn thing. Otomo defined his vision while surpassing his influences (with the help of many invaluable assisants) and it just so happened to span thousands of pages. It’s a well earned climax and ending, the closure of a life’s work that seems a bit sad but satisfying. AKIRA is a masterpiece.

This is Kay. She’s also in AKIRA. 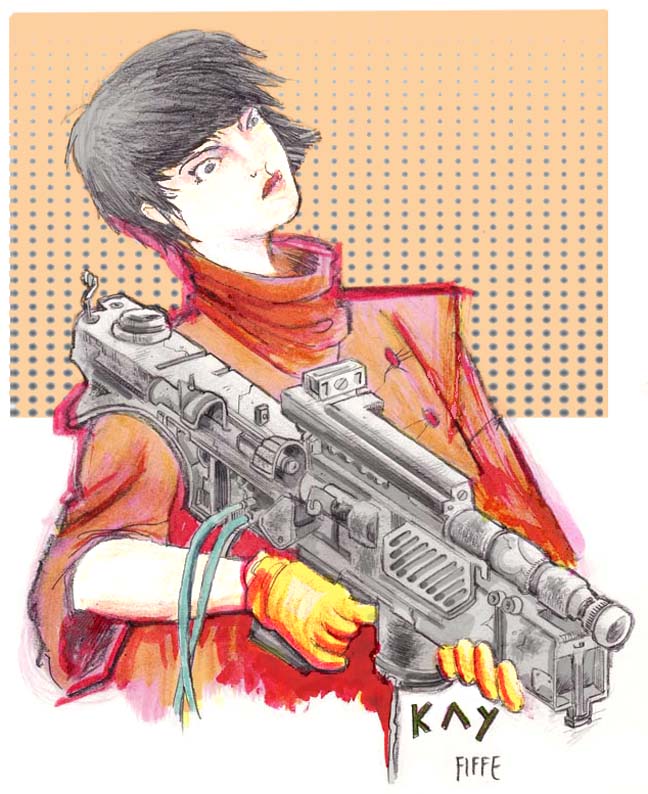 This is the thing: drawing Kay was a pain in the ass for me. I felt weird drawing my version of this or any other character from the series. It wouldn’t be those characters if I made it my own, I thought. You can say the same thing for many other characters such as Watterson’s Calvin or Mignola’s Hellboy. It just wouldn’t look right. But fuggit, I got over it and drew Kay as best as I could. I replaced a swiped Otomo mouth for one of my own, same with the eyes, and settled on a hair style. I almost gave her sunglasses to avoid drawing eyes.

That just goes to show how passionately geeky I am about AKIRA.

There’ also been a whole lot of AKIRA/Katsuhiro Otomo love going around. Tim Hamilton did a great Tetsuo reminiscent of DK2. David Brothers has written quite a few pieces on the subject. Check this Comics Alliance one out, but keep a close eye on his own 4th Letter. Brandon Graham named checked Otomo in his interview with Sean Witzke. And as if Zack Soto didn’t have enough stuff to juggle, he made a fifth tumblr account dedicated to… well, guess. Follow OTOMBLR and drop him a line if you have any questions. Let’s not forget colorist Steve Oliff, who colored the Epic Comics versions and wrote an essay about it as well.

Aw, jeez… I think I’m gonna have to track them all down after all.

One reply on “AKIRA Summer Fun”

Please give me that first image!
Disturbing and beautiful.